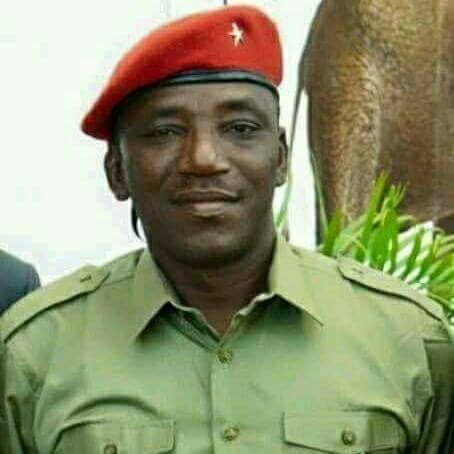 Nigeria's Sports Minister Solomon Dalung has supposedly pledged to immediately sign-off the repayment of half of the missing $150,000 (£106,000/€121,000) mistakenly sent to the country last year by the International Association of Athletics Federations (IAAF).

This was confirmed by the world governing body to insidethegames, who said that they had yet actually received this money and are continuing attempts to recover the remaining debt.

The mistake initially went unnoticed before an IAAF accountant realised and contacted the Nigerian body for a refund.

By this point, though, the money appeared to have disappeared.

Dalung eventually set up a committee to look into where the money had gone.

An IAAF spokesperson said that a unspecified "small" amount had already been paid back.

It is not clear why they cannot pay the full amount at this stage.

Some figures blamed Dalung himself for the problem.

"In the absence of the AFN Board for over six months [before elections in July last year], the Sports Ministry didn't enquire from AFN scribe how the funds in the Federation's account got there," AFN Board member Rosa Collins told The Guardian Nigeria.

"The Sports Ministry waited until the media broke the news.

"Is this not a cover up?

"Those found guilty must be dismissed and sent to jail for causing so mush anguish to athletes who are supposed to be the beneficiaries of the funds."

Nigeria has faced serious organisational problems at the African Athletics Championships, which IAAF President Sebastian Coe has been attending.

The Tanzania team withdrew from the event in protest while athletes from many other countries suffered a delayed arrival after being stuck in Lagos.