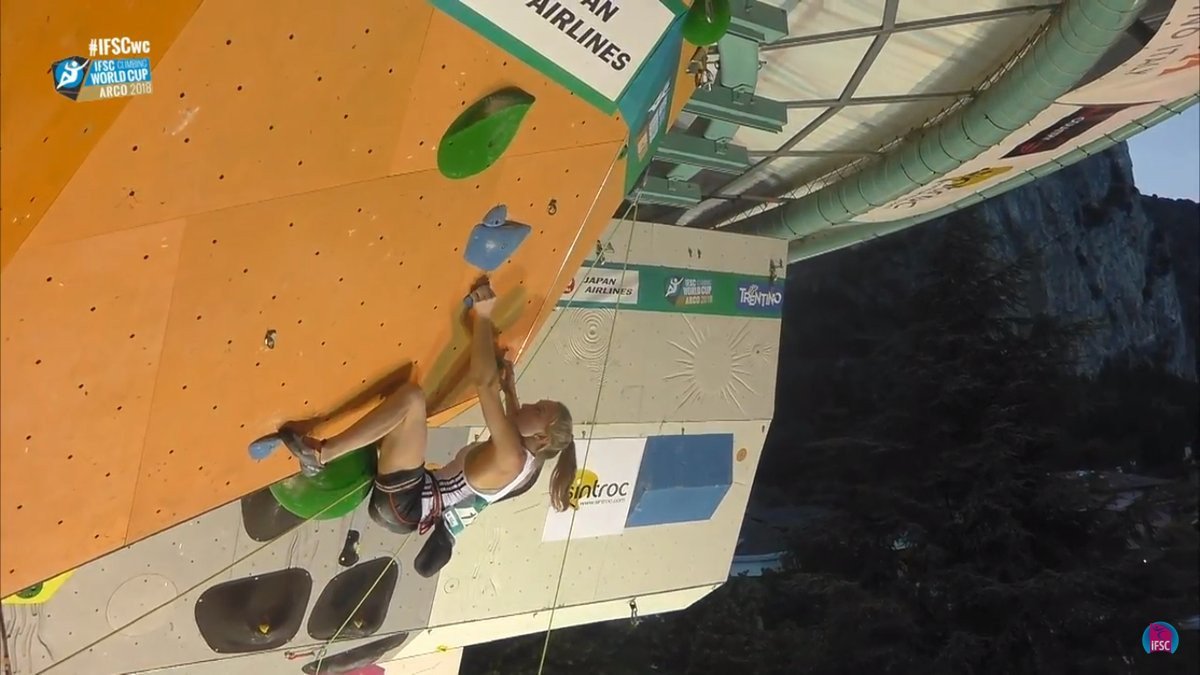 Janja Garnbret from Slovenia has remained top of the International Federation of Sport Climbing (IFSC) 2018 Lead World Cup rankings after winning again at the latest event in Acro in Italy.

The 19-year-old has now extended her lead in the World Cup standings by claiming her fourth podium in a row and her second gold medal in succession at the Climbing Stadium.

Austria’s Jessica Pilz is still desperately trying to catch her, however.

The 21-year-old, second in the overall standings, was the runner-up Acro.

She initially took the lead in the final and was sat in first place with just Garnbret left to go.

Once again, though, Pilz’s best efforts were not enough and Garnbret overtook her at the end.

Anak Verhoeven from Belgium took third, just as she did last time out in Briancon in France.

Sascha Lehmann will finish 6th in Arco as he pursues his incredible 2018 season. Second #IFSCwc Gold for @jakob_schubert in 2018 after Villars! @StefanoGhisolfi and Domen Skofic complete the podium: congratulations to all the medallists! pic.twitter.com/f8kqhuLmVa

In the men’s final, Jakob Schubert from Austria took the gold medal and, in doing so, just like Garnbret, he has extended his lead at the top of the World Cup standings.

Schubert went second from last in the final tonight which meant he had to watch on nervously as Sascha Lehmann from Switzerland tried to beat him.

Lehmann could only manage sixth place, meaning Schubert claimed his second IFSC gold of the season.

Another notable performance came from Spain’s Alberto Gines Lopez, who finished seventh, despite only being 15-years-old.

The next big event on the IFSC calendar is the World Championships in Innsbruck in Austria, due to take place from September 6 to 16.