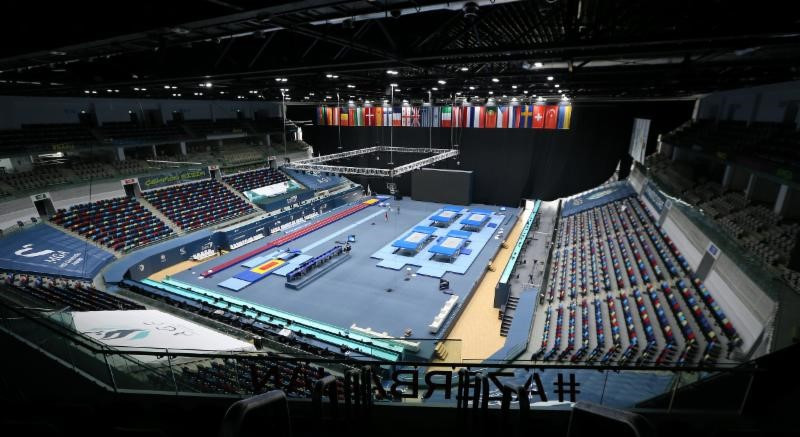 Baku will host the 2021 Trampoline Gymnastics World Championships and Geneva will stage the acrobatic edition of the event in 2020, it has been announced.

The International Gymnastics Federation (FIG) Executive Committee confirmed the award of the two events following its meeting in Fiji.

The event will take place at the National Gymnastics Arena, the same venue which staged gymnastics events at the inaugural European Games, from November 11 to 14.

It also held the European Championships in trampoline, double mini-trampoline and tumbling earlier this year.

Baku is increasingly becoming a popular destination for gymnastics events as the city is due to host the FIG Congress in December.

Azerbaijan's standing in the sport was also increased when Farid Gayibov was elected President of the European Union of Gymnastics in 2017.

"I am confident that organising the World Championships in Trampoline Gymnastics, Tumbling and Double Mini-Trampoline in our country in 2021 will contribute to the further development and popularisation of this gymnastics discipline, as well as helping strengthen international relations in the field of sports," First Lady of Azerbaijan and Azerbaijan Gymnastics Federation President Mehriban Aliyeva said.

Geneva has been chosen as the venue for the 2020 Acrobatic Gymnastics World Championships.

The city has previously hosted two Acrobatic Gymnastics World Cups, in 2015 and 2017, but this will be its first time Switzerland will stage the World Championships in the non-Olympic discipline.

Competition is scheduled to run from May 29 and 31 at the Vernets sport complex.

"We're delighted that countries who had never previously hosted World Championships in these disciplines have applied to organise these big events," FIG President Morinari Watanabe said.

"This will contribute to the development of these gymnastic sports in new regions."