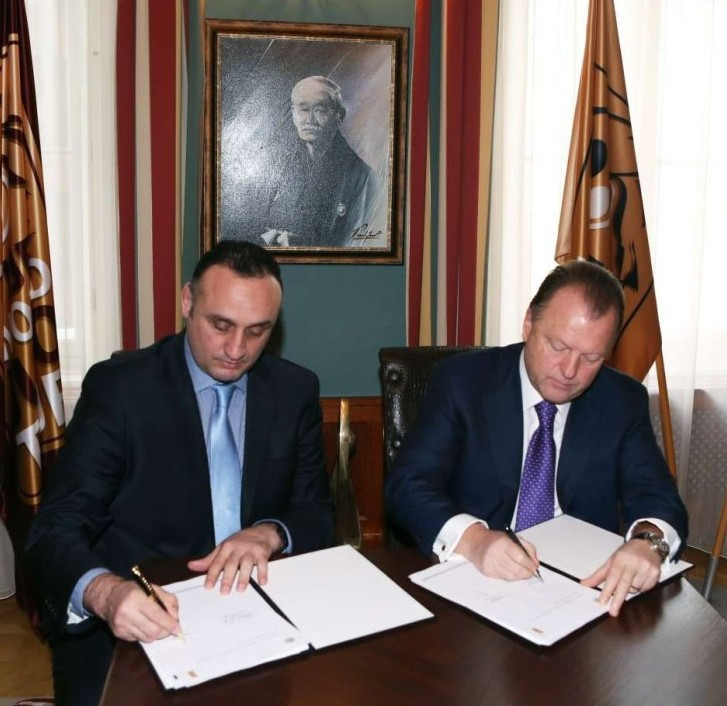 A major event planned for Tunisia has been suspended by the International Judo Federation (IJF) over the country's treatment of Israeli athletes, a day after the nation's bid for the 2022 Youth Olympic Games was reinstated.

The IJF announced next year's Tunis Grand Prix and October's Grand Slam in Abu Dhabi in the United Arab Emirates would not take place until the respective Governments of the two countries had provided written guarantees that Israeli competitors would be allowed to compete free of discrimination.

In a statement, the IJF claimed they had not received a response after requesting letters from the UAE and Tunisian Governments.

"As no positive answer was received to date, although past the given deadline, the IJF Executive Committee decided to suspend both the Abu Dhabi Grand Slam and the Tunis Grand Prix until Governmental guarantee is given to ensure free and equal participation of all nations at the said events," the statement read.

The position is in contrast to the International Olympic Committee (IOC), whose Executive Board reinstated Tunisia's bid for the 2022 Youth Olympic Games after they received a letter from the Government giving assurances that restrictions on Israeli athletes for all sporting events had ceased.

It is not clear whether this will affect Tunisia's candidacy but the IOC are likely to continue to monitor the implementation of the Government confirmation.

"The IJF is aware that the situation and incidents registered are due to a complex and complicated political and historical context, but we strongly believe that politics should not have any interference in sports and that sports should be a reflection of human respect, understanding and mutual cooperation and that sports, as one of the highest expressions of humanity, should have the power to overcome any other conflict or interest," the IJF statement added.

The suspension of the two events follows several flashpoints involving Israel in judo and comes amid a wider sporting aim to clamp down on athletes from a certain nation being barred from an event in another country for political reasons.

Israeli judoka Tal Flicker won gold in the men's under-66 kilograms event in Abu Dhabi in 2017 but competition organisers refused to raise the flag or play the national anthem.

The UAE neither recognises nor has diplomatic ties with Israel, while athletes from the country have been barred from entering Tunisia to compete at major sporting events in the past.

Tunis hosted an IJF Grand Prix, the second-tier of the sport's main series of events outside of World Championships and the Olympic Games, for the first time in eight years in January after a deal was struck in 2017 for the country to return to the circuit.

Tunisia's capital hosted the Grand Prix for the first time in 2010 but political turmoil in the nation meant the event was then moved to Baku in Azerbaijan.