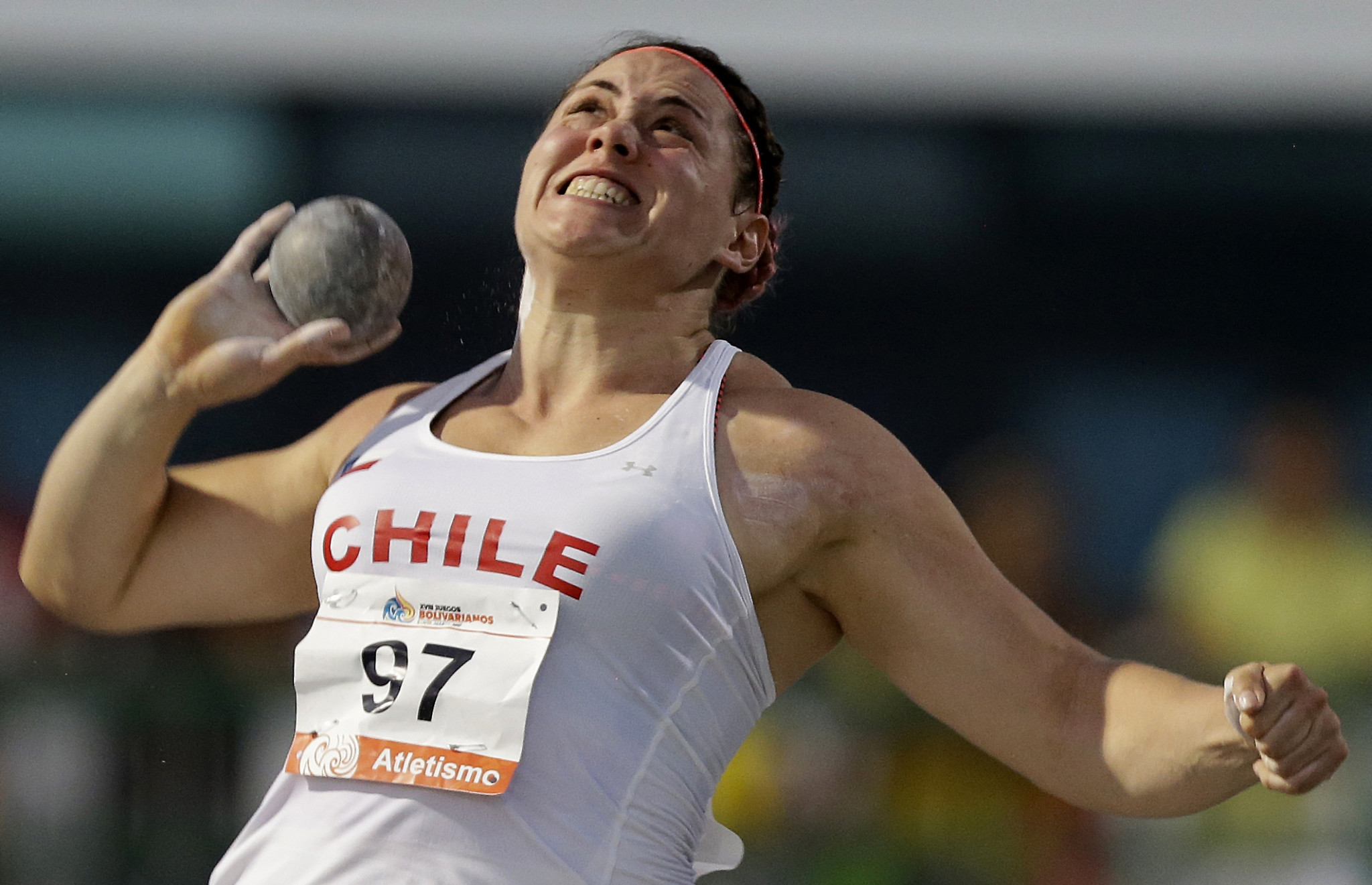 Chilean shot putter Natalia Duco has been provisionally suspended having tested positive for a banned substance in April, the country's athletics federation has confirmed.

The Latin American Herald Tribune reports that the 29-year-old tested positive for growth hormone-releasing peptide GHRP-6 before the 2018 South American Games, held in Bolivian city Cochabamba from May 26 to June 8.

She faces the prospect of losing her gold medal, however, and a possible four-year suspension.

Duco confirmed on Twitter that Chile’s National Doping Control Commission had notified her about the provisional suspension.

"I’m getting advice and finding out the steps to follow," she wrote.

"As I’ve always done throughout my career, I will clarify this situation in a transparent manner.

"Thank you all for your messages and concern."

As reported the Latin American Herald Tribune, the Chilean Athletics Federation said in a statement that it strictly complies with anti-doping regulations and tirelessly supports and promotes the performance of athletes who refrain from using banned substances.

But the body added that Duco’s process must be seen through to its conclusion and that the athlete has the right to defend herself within the established timeframe.

Duco was a gold medallist at the 2008 World Junior Athletics Championships and has competed at the last three editions of the Summer Olympic Games.

Other notable achievements by Duco include bronze medal-winning performances at the 2013 Summer Universiade and 2015 Pan American Games.