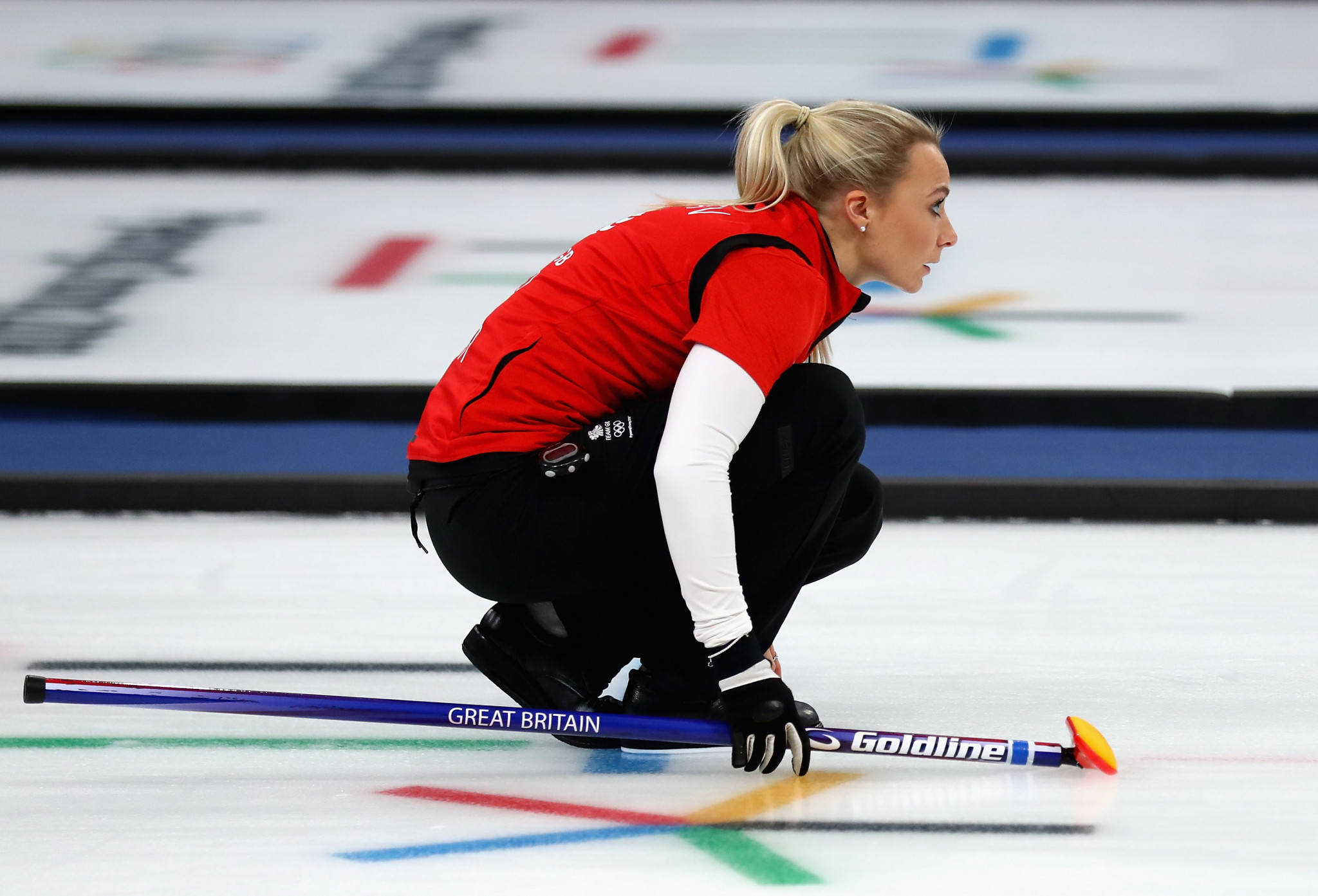 British curler Anna Sloan has decided to take a career break ahead of the 2022 Winter Olympic Games in Beijing.

She helped Great Britain win an Olympic bronze at Sochi 2014 and just missed out on a medal to finish fourth at Pyeongchang 2018.

Sochi 2014 bronze medal-winning skip and reigning European champion Eve Muirhead has re-shaped her team for 2018-2019 as she continues her rehabilitation following hip surgery at the end of last season.

Long-standing team member Vicki Adams, recently married continues under the name Chalmers, and Lauren Gray both remain in the side.

Jennifer Dodds and Vicky Wright are the new recruits.

British Curling has announced its investment in 21 athletes across five programme-supported men’s and women’s curling teams for 2018-2019.

It comes in the first year of the Olympic cycle as the curlers build towards Beijing 2022.

Olympic silver medallist Michael Goodfellow, who played lead for Team Murdoch when they represented Britain at Sochi 2014, starts the next four-year cycle as part of a new line-up.

Goodfellow joins forces with another Olympian, Kyle Waddell, who competed for Britain at Pyeongchang 2018, and Duncan Menzies adds youth to the experienced quartet that will be led by Ross Paterson.

"It’s a really exciting time and great to be asked to be part of a new line-up," Goodfellow said

"They were fierce competitors to play against and it fills me with a lot of confidence knowing that these guys capable of making all the big shots are on my side.

"Having been part of two Olympic cycles before I know the highs and lows of the game and I know what it takes to get there.

"It was hard not being part of the Olympics in South Korea and it has made me hungrier for it and I don’t want to be left behind next time.

"Four years seems a long time away but in reality you only have two or three seasons to prove yourselves, so we really have to hit the ground running this season.

"There are great teams on the programme so we need to start getting world ranking points to qualify for the Slams.

"We have a number of events we will be targeting throughout the year but obviously the main one will be the Scottish Championships and it will be about the team that performs best at the right time, and we have a team of very experienced players who can achieve that."

Also on the programme is Team Mouat, which remains unchanged after a meteoric rise in the world rankings having only started out together at the beginning of last season.

They have already claimed three tournament wins in Canada, including becoming the first Scottish men's team to win a Grand Slam when they became Boost National champions.

They continued their winning form by taking the Dumfries Challenger Series title and won the Scottish Championships before making their debut at the World Championships in Las Vegas earlier this year, when they won bronze medals.

They will look to continue to build on those successes which have taken them to number six in the world rankings.

The third men’s team on the programme at Performance Foundation level is Team Muirhead, containing four of the five British representatives at Pyeongchang 2018.

Kyle Smith, who skipped his team to European silver in St. Gallen in Switzerland last year, will play third, while their siblings Thomas Muirhead and Cammy Smith will play at second and lead respectively.

Team Jackson, 2017 world junior silver medallists, have maintained their line-up from last year when they made their debut at senior women’s level and will continue to receive support at Performance Foundation level.

"We are delighted that the programme can support and invest in those who are on the journey towards Beijing 2022.

"We know that the world stage in curling is becoming more competitive and it will take a lot of ability and commitment for our teams to continue to achieve at the top of the sport.

"That is our clear aim.

"At the start of a new cycle we have been able to make a number of team changes.

"The whole programme can draw encouragement from the significant strides new formations have made over the past year which demonstrates how quickly, potentially, new teams can achieve big successes.

"Everyone needs to embrace those changes where we see its benefit to the athletes and the programme moving forward."