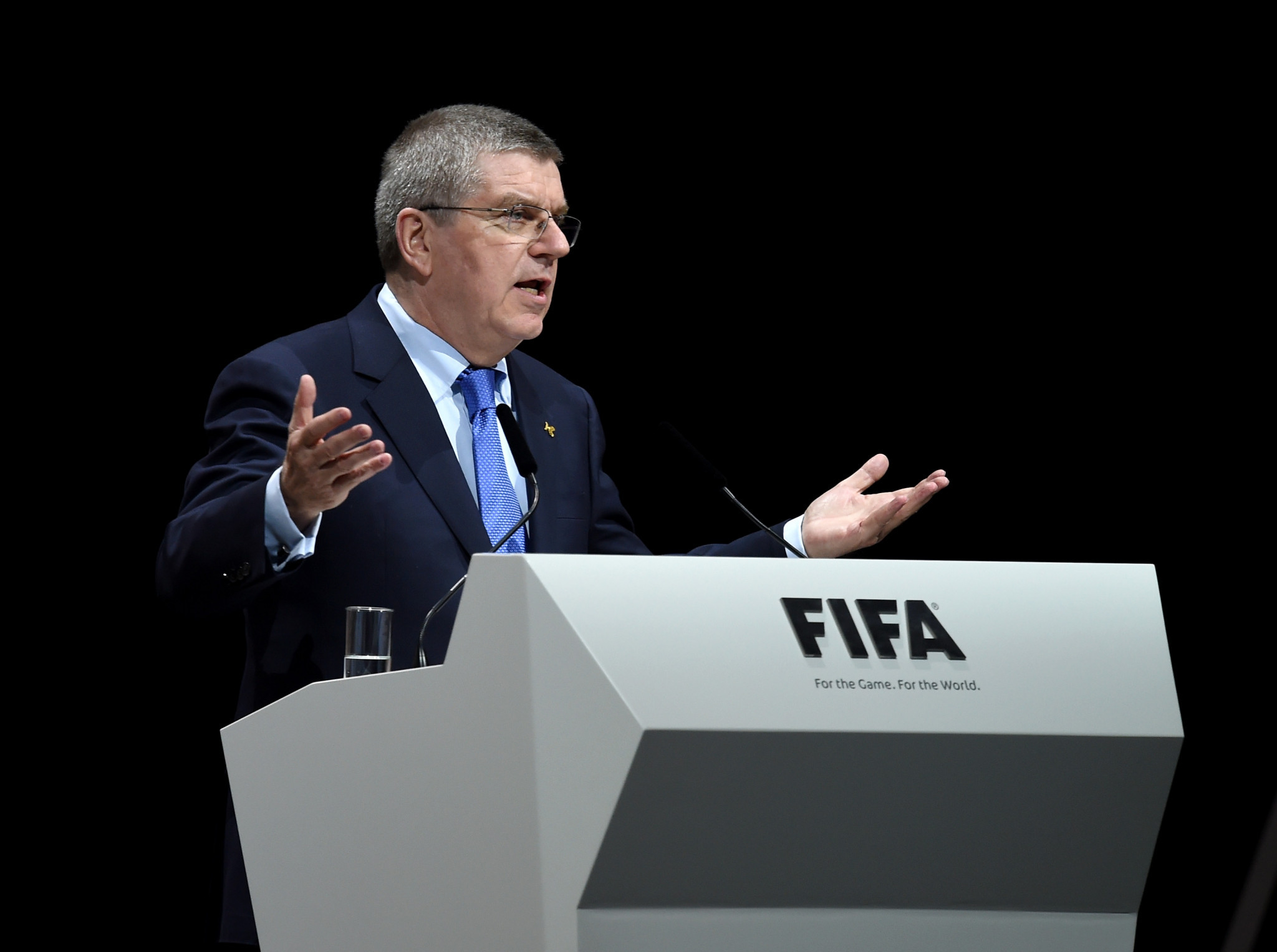 International Olympic Committee (IOC) President will come into contact with Russian President Vladimir Putin for the first time since the country's doping scandal intensified when attending the FIFA World Cup final in Moscow on Sunday (July 15).

A spokesperson confirmed today that Bach is following IOC tradition of accepting an invitation to the final of football's showpiece event at the at the Luzhniki Stadium from FIFA President Gianni Infantino.

He accepted a similar invite from Infantino's predecessor Sepp Blatter to attend the 2014 final in Rio de Janeiro, where he witnessed his own Germany beat Argentina 1-0.

Kremlin spokesman Dmitry Peskov confirmed that Putin planned to hold a meeting with Bach during his trip to the Russian capital.

The first two years of Bach's Presidency were dominated with meetings with Putin, who was among the first to congratulate his via the mobile telephone of Sochi 2014 President and chief executive Dmitry Chernyshenko minutes after he was elected head of the IOC in Buenos Aires in 2013.

The duo also met frequently at Sochi 2014 and at events in 2015, including the SportAccord Convention in April and the World Olympians Association Forum in October.

Meetings between the two abruptly ceased, however, after allegations of institutional doping by the home team at Sochi 2014 emerged the following year.

Bach has claimed to have had no discussions on the issue directly with Putin, although he did speak with intermediaries including Putin aide Igor Levitin during Pyeongchang 2018.

The German has since trod a fine line between strongly sanctioning Russia for the doping crisis and ensuring that the country does not end-up boycotting the Olympics completely.

Russian athletes competed under a neutral flag at Pyeongchang 2018 but the suspension of the country's National Olympic Committee was lifted immediately after and the IOC have since shown willingness to allow the world's largest nation to return to the fold.

Rumours of a possible Russian bid for the 2032 Summer Olympics and Paralympics have even emerged in the Russian media in recent days,

It is not clear whether any of these topics will be discussed before the final at a stadium that hosted the 1980 Olympic Games.

France will face either Croatia or England.

French President Emmanuel Macron is also due to attend the final.