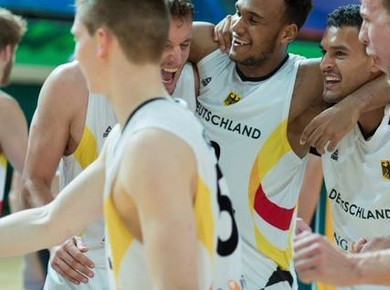 Olympic and Universiade medallists were in attendance as the German University Sports Federation (ADH) celebrated its 70th anniversary with a special event in Berlin.

The celebrations, held to mark 70 years since the ADH was founded, took place at the Leibniz Hall in the German capital.

Double Olympic gold medallist Ulrike Nasse-Meyfarth was among the star names to attend the event.

Nasse-Meyfarth won the high jump at the 1972 Olympic Games on home soil in Munich and again in Los Angeles 14 years later.

She was joint by other German athletes including Tobias Simon, who claimed gold in the Nordic combined team event at the 2015 Winter Universiade in Granada in Spain and Štrbské Pleso in Slovenia.

In a speech at the event, Simon also underlined the importance of universities supporting student athletes and their dual careers.

The celebratory event included an overview of the most important fields of work of the ADH, as well as documenting the 70-year journey of the organisation.

"We were pioneers and always thought politically, already in the beginning," he said.