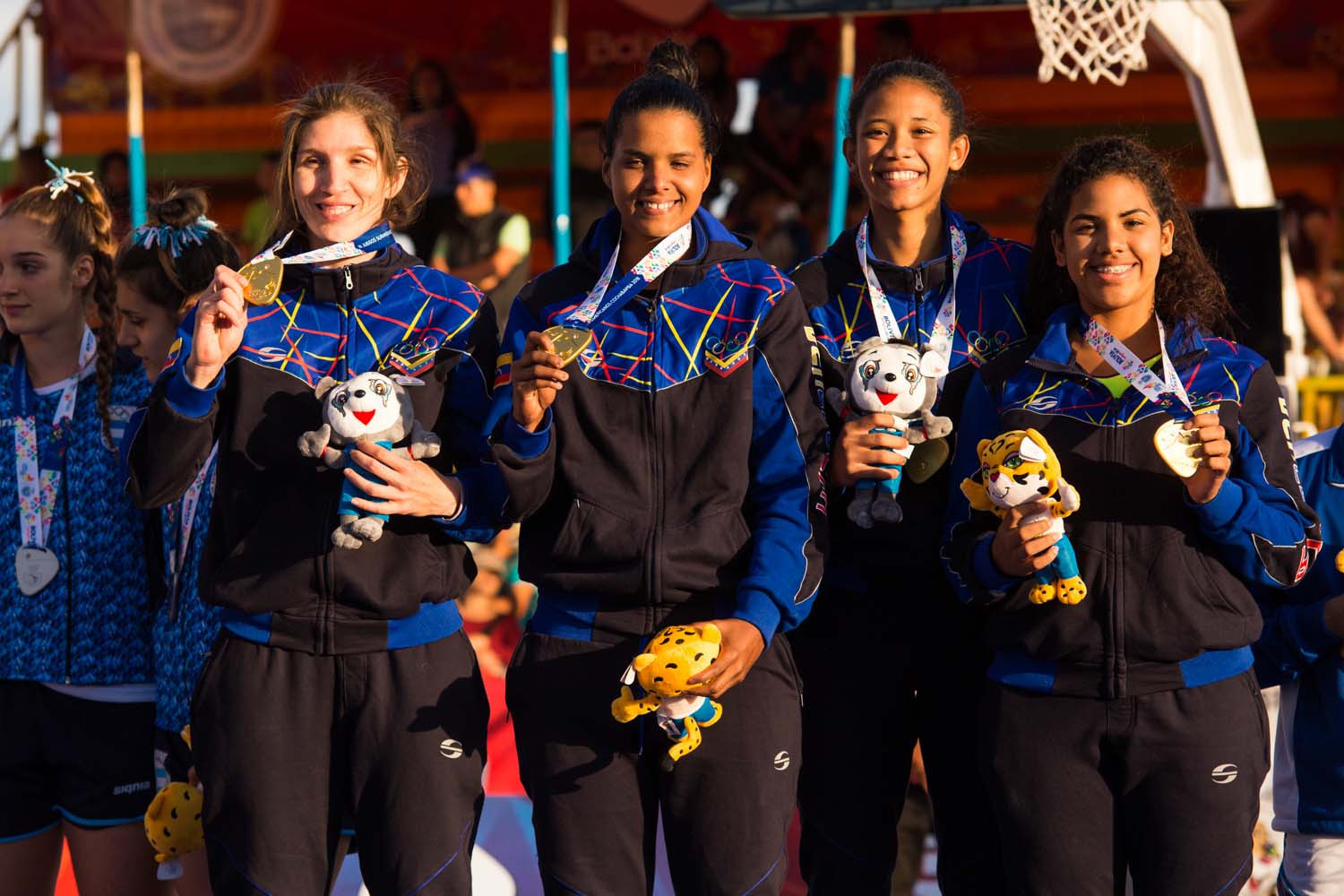 Venezuela defeated Argentina to claim the gold medal in the women's 3x3 basketball event on the ninth day of action at the South American Games in the Bolivian city Cochabamba.

The Venezuelan's title was secured with a 22-10 win against Argentina with Ivaney Patricia Marquez Agudo the star of the show after scoring 11 points for her side.

Uruguay claimed bronze with an 18-17 win against Paraguay

The Uruguayans did, however, manage to get their hands on a title in men's event thanks to a 21-13 win against Argentina.

Venezuela rounded off the podium after a 22-13 win against hosts Bolivia.

Argentina again fell short in the cycling competition as Chile claimed the men’s track cycling title with 27 points, 10 clear of Argentina in second and Venezuela in third.

Brazil also kept up their good form at the Games, which has seen them go top of the medals table, thanks to Camilla Lopes Gomes' victory in the women's gymnastics trampoline competition, secured with a points total of 51.93.

Colombia's Katish Hidari Hernandez Recalde claimed silver with a total of 51.085 whilst Mara Cecilia Colombo of Argentina won bronze with 49.535.

After having to settle for silver in the women's, Angel Hernandez Recalde ensured Colombia took home gold in the men's with a score of 57.595.

This was more than enough to see off competition from Argentine Federico Ezequiel Cury and Venezuela's Santiago Gabriel Marcano, who scored 52.96 and 47.655 points respectively.