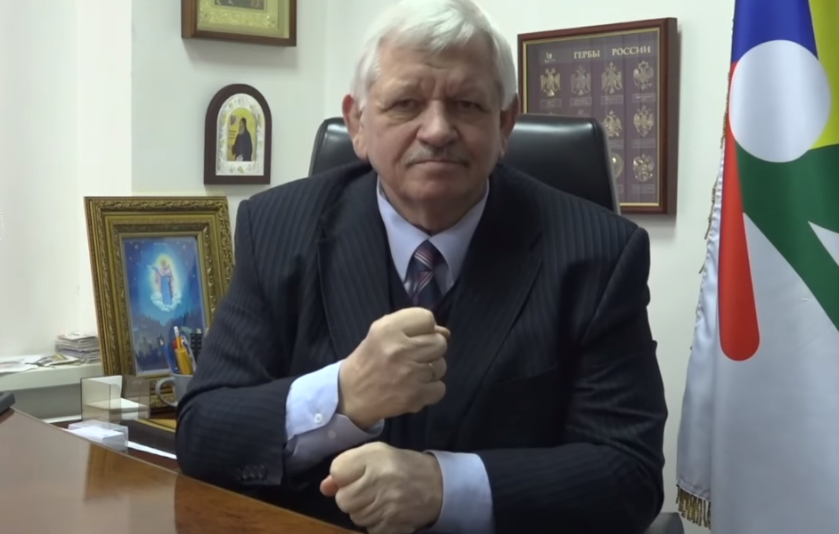 Valery Rukhledev, President of the International Committee of Sports for the Deaf (ICSD), has been placed under two months of house arrest as an investigation continues into claims of embezzlement in Russia.

The 70-year-old, a six-time Deaflympics champion for the Soviet Union between 1969 and 1977 in Greco-Roman and freestyle wrestling, has been charged under the Russian Criminal Code.

A Moscow Court has ruled that he will be kept under house arrest until July 23.

Tatyana Zembatova, head of the All-Russian Society of the Deaf's financial department, has been detained for the same period.

Evgeny Novoseltsev, the former head of legal support at the All-Russian Society of the Deaf, was also arrested on suspicion of swindling funds in January.

"Regrettably, today's news comes as no surprise at all," Craig Crowley, the former ICSD President beaten by Rukhledev in 2013 elections and who remains a leading figure in the deaf community, told insidethegames.

"This is hardly the first time Valery Rukhledev has been linked to corruption and it's painful to see ICSD struggling again to find hosts for the Deaflympics after we'd turned a very difficult situation around.

"Given the hosting of the 2011 Winter Deaflympics had been entrusted to a fraud, it was always going to be doubly important for ICSD to regain the confidence of potential hosts and of the IOC by acting with total propriety.

"It's unfortunate that has not been the case.

"I know many will share my disappointment that the spotlight should again be on alleged corruption, instead of the proven talent and demonstrable achievements of our wonderful deaf athletes around the world."

A host has not yet been announced for the 2019 Winter Deaflympics, despite the event due to take place early next year.

The 2011 Winter Deaflympics had been due to take place in Vysoké Tatry in Slovakia but were cancelled following a corruption investigation in the build-up.

Organising Committee President and former head of the Slovak Deaflympics Committee, Jaromir Ruda was eventually jailed for more than 14 years in connection with fraud and misuse of funds.

Rukhledev was elected ICSD President in 2013 after standing unsuccessfully in 2005 and 2009.

He founded the Russian Deaf Sports Union in 1993 following the break-up of the Soviet Union and is a former President of the National Deaf Association of Russia.

He was also a member of Russian President Vladimir Putin's Council on Disabled People.

The ICSD, formed in 1924, signed a Memorandum of Understanding with the IOC in 2016.

"These matters bear no relation to the ICSD," the world governing body said in a statement today.

"Further information will be shared shortly."