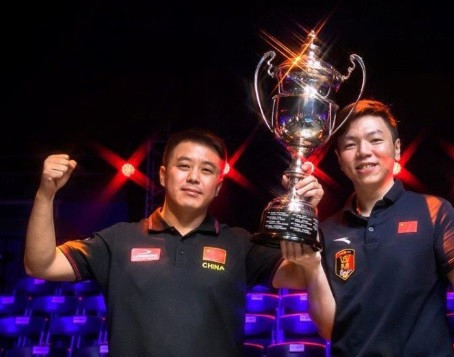 China A recorded a convincing victory against defending champions Austria to win the World Cup of Pool title.

The bronze medallists from last year, who beat Chinese Taipei 9-7 in their semi-final earlier in the day, defeated defending champions Austria, who had seen off competition from China B in their last four match, by a comfortable 10-3 scoreline, ensuring they got their hands on the $120,000 (£89,000/€101,000) prize money.

Following his side's win, Liu Haitao said: "I have played Matchroom tournaments before but never had a good run like this.

"I cannot remember how I played, it is a bit of a haze, but I must thank Wu as well."

Team-mate Wu Jiaqing added: "I am really, really happy to win this tournament.

"I had never played with Liu as a doubles partner so we were working on the chemistry from day one and the first few matches we struggled but in this final it was a really brilliant performance."