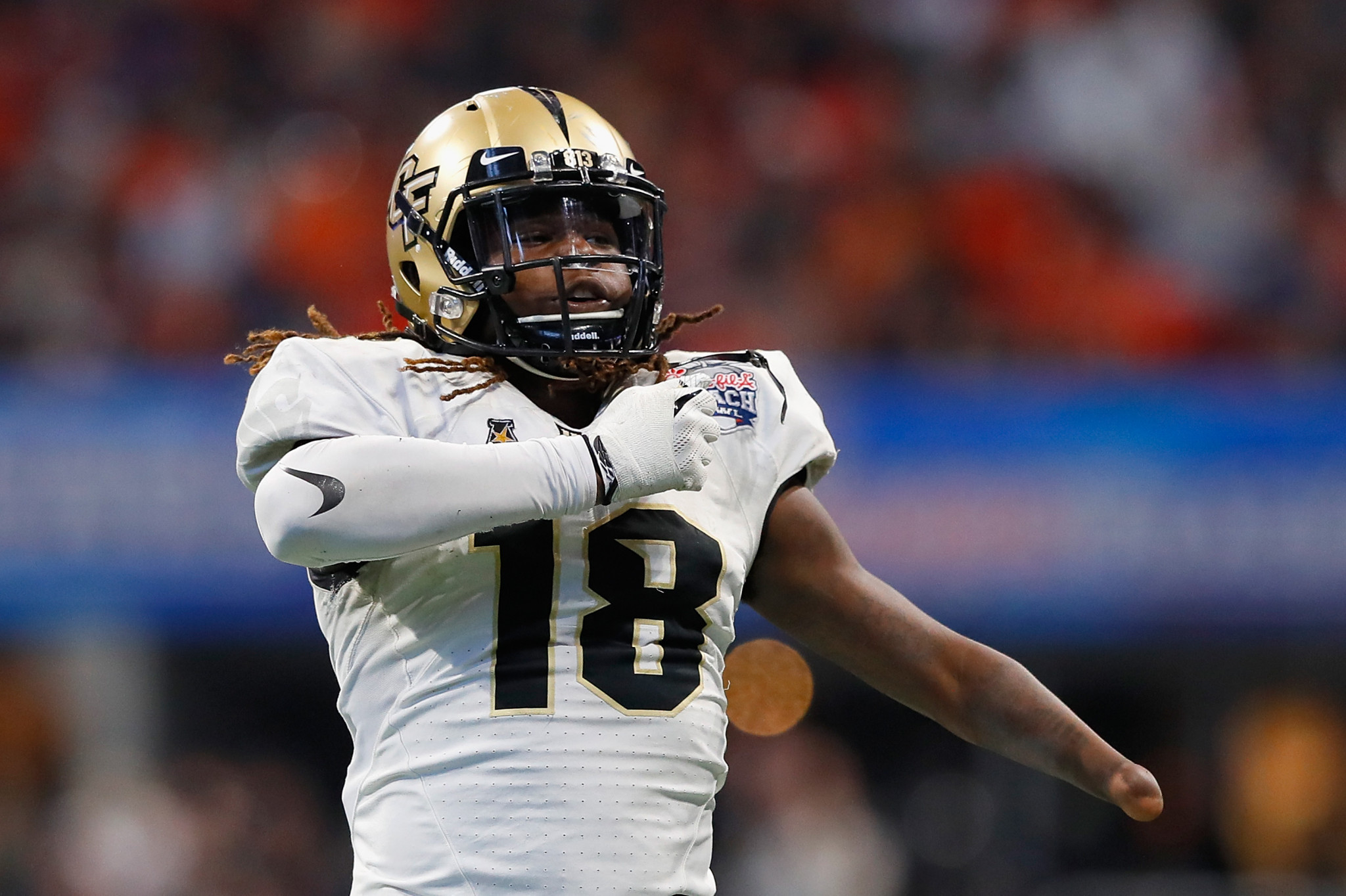 Shaquem Griffin has become the first player with one hand to be drafted by a National Football League (NFL) team after being selected by the Seattle Seahawks at the recent 2018 NFL Draft.

The 22-year-old, who had his left hand amputated age four because of amniotic band syndrome, a congenital condition, attracted attention at March’s NFL Combine, where young college American football players try to catch the eye of professional coaches.

Despite being a late call-up to the trials, Griffin, who played college football for UCF Knights football, recorded the fasted 40-yard dash time to be set by a linebacker since 2003 with a time of 4.38 seconds.

With the use of a prosthetic hand, he also bench pressed 102 kilograms 20 times, beating his previous personal best by nine reps.

The franchise, however, were also impressed by his attitude with coach Peter Carroll describing his interview with the organisation as "inspirational" according to ESPN.

"I don't know that I've ever been in a more inspirational interview that we do at the combine than that one," Carroll said.

"He was just so expressive and so open to tell his story and to tell what this opportunity meant to him in such a way that he moved us, just like those of you that have watched him.

This led to the Seahawks, where Griffin’s brother Shaquill also plays, selecting him at the recent NFL Draft, something that overwhelmed Griffin.

"I couldn't breathe," he said.

"I didn't know what to say.

"I was trying to get the words out, but I couldn't talk."

The International Paralympic Committee congratulated Griffin on his selection.

"The IPC would like to congratulate Shaquem Griffin on being drafted by Seattle Seahawks," a spokesperson told insidethegames.

"It highlights how the player has been judged on his outstanding ability rather than his disability, and we wish him well for the season ahead."