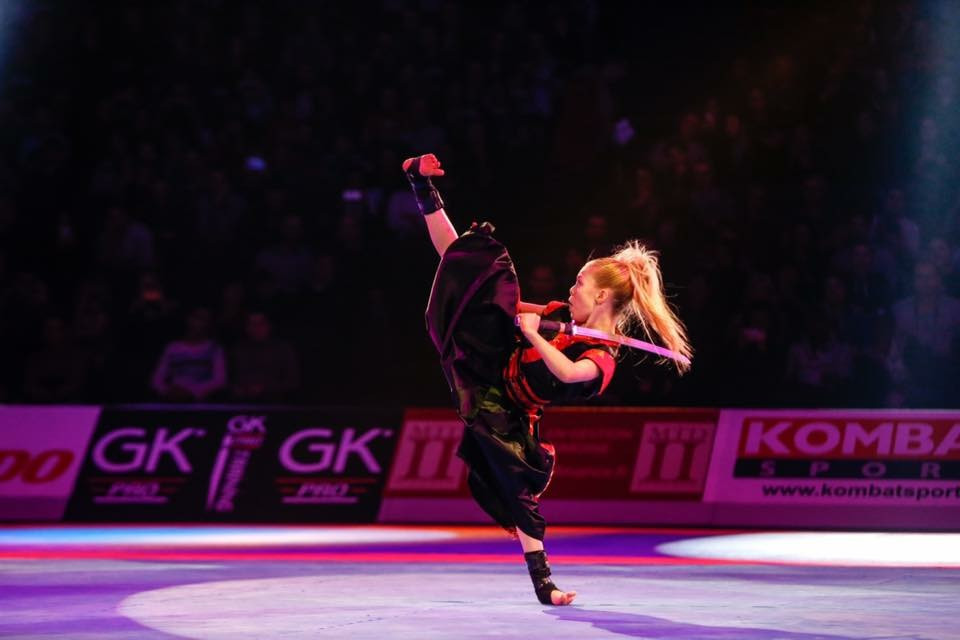 Jesse-Jane McParland is a 12-year-old from Ireland who has become an unlikely star in the kickboxing world after her YouTube videos attracted 500 million views.

Speaking to insidethegames at te SportAccord Summit here, McParland, who has been kickboxing since she was three-years-old and is now a World Association of Kickboxing Organizations (WAKO) ambassador, explained how she got into the sport.

"I used to do ballet and Irish dancing, but I never liked it," McParland, a youth champion in point fighting, said.

"So, one day, my dad brought me into a sports centre and we were looking around, and my dad thought I could maybe try basketball.

"But I saw these people in white suits.

"I didn’t know what it was at the time but then, later on, we found out it was kickboxing."

Despite being enthused by the sport upon first viewing, her mother was skeptical about her taking it up, claiming it was "too dangerous".

McParland, however, stuck to her guns and retorted: "Mum, not every girl dreams of being a little princess."

The 12-year-old says this response "changed everything" and she started kickboxing the following week.

Things have developed quickly since she made that decision and her popularity has now skyrocketed.

"I think it’s because I’m just so passionate about my routine and it draws people in," she says of her newfound popularity.

Thanks to her appearances on YouTube and British reality television show Britain’s Got Talent, where reached the final round, McParland has arguably become more famous than many professional kickboxing athletes, allowing her to become a trademark for WAKO.

Her role as a WAKO ambassador at this year’s SportAccord has certainly got heads turning.

In a world where so many ambassadors and representatives are grey-haired men, the site of a 12-year-old girl with blonde hair representing a sport is unique.

McParland revealed her ambitions are to compete in the Olympics for Ireland, but says she would consider a career in stunt-acting.

WAKO say that, whatever decision McParland decides to make, she will have the full backing of the organisation.

"The essence of our working in the athletes’ programme is to take care of our athletes after they finish their competitive career,” WAKO representative Marijana Pelević says.

"When you are 30 and have given your life to sport and then you suddenly stop competing and you don’t know what to do – this is a problem all over the world.

"But now, in this age, as for JJ, she has her whole life in front of her and she can decide if she wants to compete in the future."

Later on in the evening, McParland went on to wow onlookers in a kickboxing demonstration at the Thai Sports Festival, taking place outside the Centara Convention Centre here in the Thai capital.