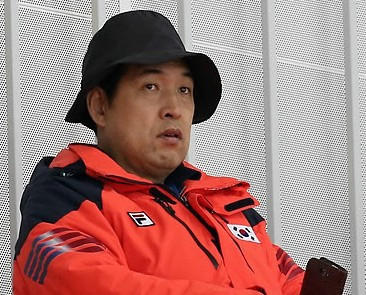 Vice-president of the Korea Skating Union (KSU), Jun Myung-kyu, following the decision by the Government to investigate a series of controversies during the build-up to the 2018 Winter Olympic Games in Pyeongchang.

The 55-year-old had been considered the most powerful figure in South Korean short track.

He served as the national team head coach and had overseen the development of Olympic champions Ahn Hyun-soo, Kim Dong-sung and Chun Lee-kyung before becoming a leading administrator.

He first served as vice-president of the KSU from 2009 to 2014 but resigned following allegations of encouraging factional feuds within the South Korean short track team.

Jun returned to the position in February 2017, a year before the start of Pyeongchang 2018.

In the build-up to the Games, however, the KSU came under fire for mishandling qualifying procedures in women's speed skating.

The Ministry of Culture, Sports and Tourism and the Korean Sport & Olympic Committee have been investigating these incidents since the end of last month, in addition to other allegations of corruption within the KSU.

In a recent investigative reporting television programme broadcast in South Korea, Jun was accused of abusing his power by favouring athletes with personal connections to him.

"I decided I could not carry on an executive of the KSU, and it was only right for me to step down," Jun said in a statement reported by South Korean news agency Yonhap.

"Whether the allegations have been surfaced recently or not, I'd like to apologise to the skating."