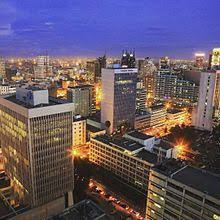 Kenya is set to host next year’s Commonwealth Games Federation (CGF) General Assembly pending a sign-off from the country’s Government, it was announced here today.

CGF President Louise Martin revealed the organisation were in advanced talks with Kenya with a view to staging the meeting there.

It will be held in the capital city of Nairobi in September, with an exact location yet to be confirmed.

Kenya are the only country currently in the running.

"We are in high-level discussions with Kenya," Martin told delegates.

"We hope to have confirmation soon but we are just waiting for a sign-off from the Government."

Next year's General Assembly will be a crucial gathering of the CGF membership as they will elect the hosts of the 2026 Commonwealth Games.

It remains possible the CGF may also do a double award of the 2026 and 2030 Games in the Kenyan capital.

The CGF officially called for expressions of interests from Commonwealth Games Associations for the 2026 event today, with Australia and Malaysia among the front-runners.

Canada have already announced they are hopeful of being awarded the 2030 Games to mark 100 years since the first edition of the event, then known as the British Empire Games and which were held in Hamilton.

Should the country be confirmed as the venue for the gathering of the 71 nations and territories which make up the CGF membership, it will be the second time in seven years the event has been held in Africa.

Kampala in Uganda was the last nation on the continent to hold the meeting in 2012.