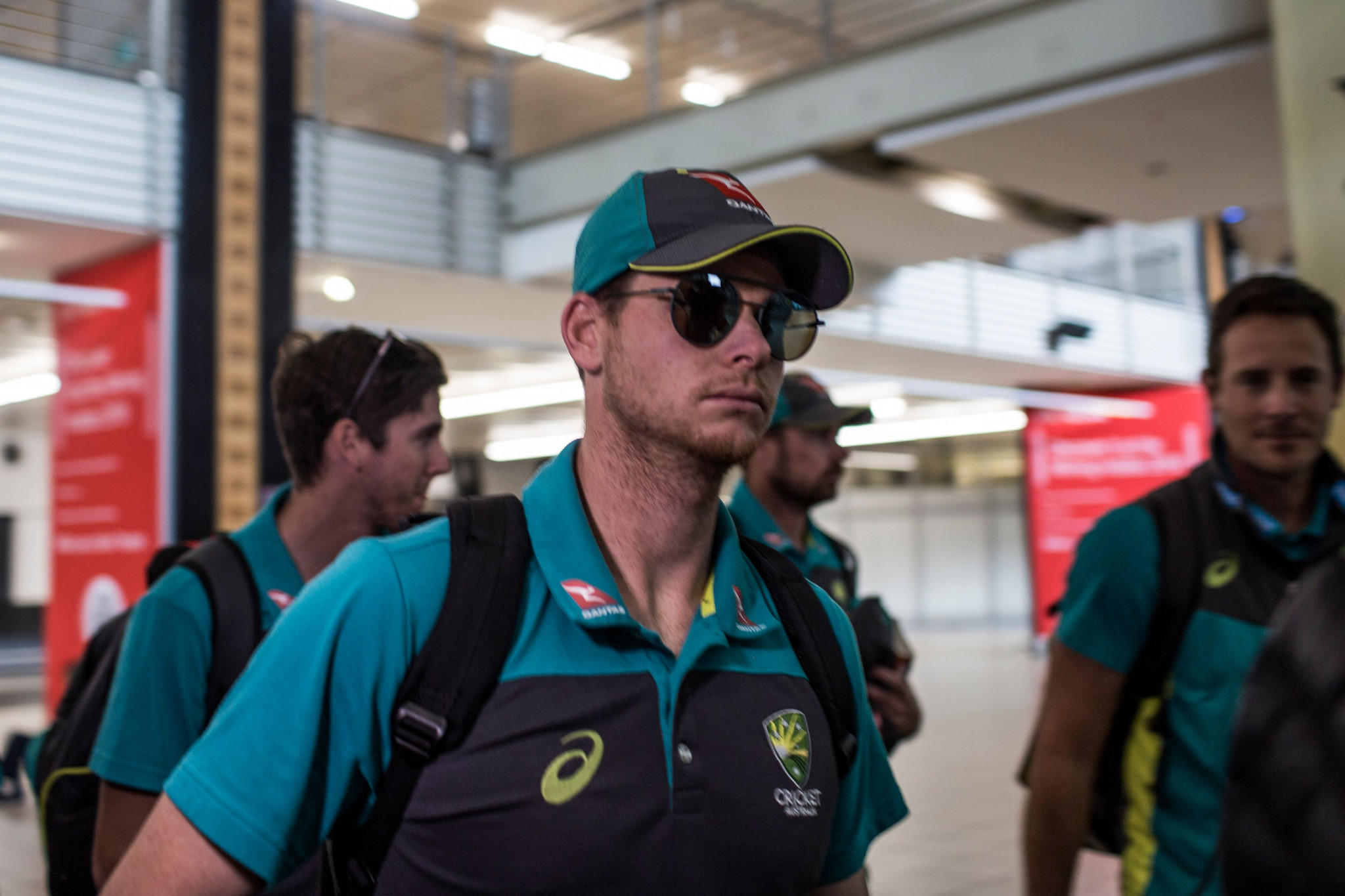 Australian cricketers Steve Smith and David Warner have been banned for 12 months, while Cameron Bancroft has received a nine-month suspension for their role in the ball-tampering scandal.

According to The Australian, the trio were informed of the sanctions at a meeting in Johannesburg this morning.

Cricket Australia chief executive James Sutherland confirmed yesterday that all three would be sent home from the tour of South Africa following the incident during the third Test in Cape Town on Saturday (March 24).

Sutherland claimed Smith, replaced by Tim Paine as Test captain, Warner and Bancroft were the only three who were aware of the plan to tamper with the ball and promised they would be hit with "significant sanctions".

Cricket Australia has also confirmed Warner will "not be considered" for any role within the leadership team for the rest of his career.

Smith and Bancroft will not be considered for team leadership positions for two years.

It is thought the punishments given to Smith and vice-captain Warner are the harshest ever handed down by Cricket Australia.

Speculation had grown that Darren Lehmann would resign as head coach but Sutherland insisted he was unaware of the ball-tampering plot.

Smith was also banned for one match by the International Cricket Council, while the 28-year-old and Warner stood down for the remainder of the third Test.

The players cannot play for their state or country for the duration of the bans.

It means Smith and Warner will miss the eagerly-anticipated home series with India in November but will be free to return to the side for next year's World Cup in England and Wales.

"The sanctions we have announced are significant for the individuals involved," Sutherland said in a statement.

"That is why the process has had to be thorough to ensure that all relevant issues have been examined.

“I am satisfied that the sanctions in this case properly reflect a balance between the need to protect the integrity and reputation of the game and the need to maintain the possibility of redemption for the individuals involved, all of whom have learned difficult lessons through these events."

Smith admitted the "leadership group" within the Australian set-up concocted the plan during the game at the Newlands Cricket Ground, carried out by Bancroft.

The blame has since been place largely at the feet of Warner after reports suggested he was the architect of the plan.

The issue has dominated the front and back pages here and sparked worldwide criticism of the Australian team.

Australian Prime Minister Malcolm Turnbull has been among those to publically hit out at the players for the incident, along with a host of former cricketers.

Gold Coast 2018 chairman Peter Beattie claimed the Commonwealth Games, due to open here next week, will restore the tarnished reputation of Australian sport.

Australian Chef de Mission Steve Moneghetti has become the latest to weigh-in on the topic today, claiming the scandal was "a blip on the landscape".

"We want to make sure people know that's not the true picture of Australia's sporting culture," Moneghetti, the 1994 Commonwealth Games marathon, said.

"It's a home Games and therein lies a wonderful opportunity to have such an amazing experience.

"Our athletes have represented Australia well previously and they're great ambassadors for not only sport, but also Australia."