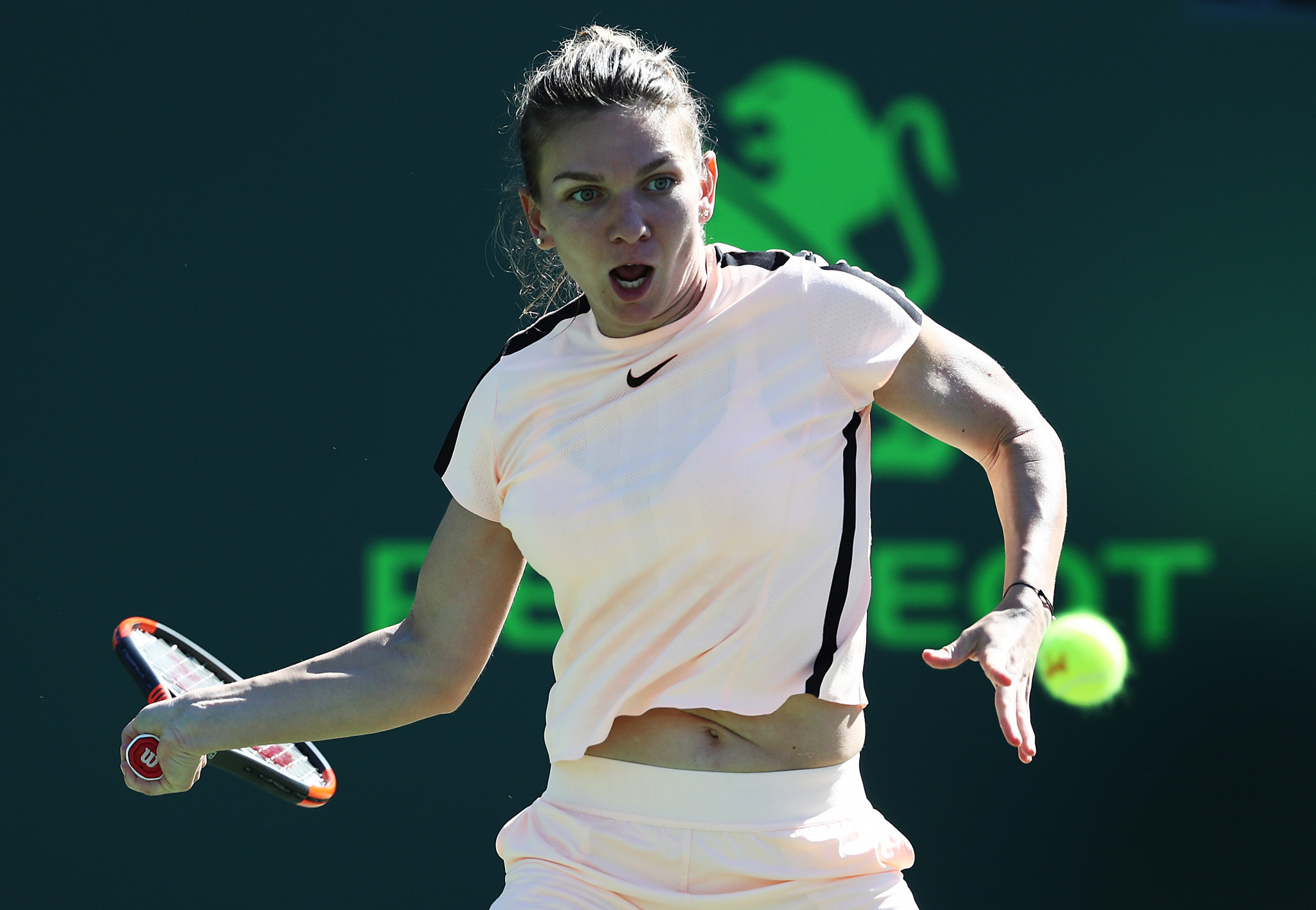 Simona Halep, world number one in the Women's Tennis Association (WTA) rankings, came from a set down to beat France's Oceane Dodin in the second round of the Miami Open.

Halep received treatment on her neck twice during the match and eventually rallied to win in two hours and seven minutes on the hard courts of Crandon Park.

A trainer had been called for Halep during the changeover as she struggled with her neck, and again after Dodin broke back to level the second set.

She came out on top in a scrappy second set but received a warning in the third when, trailing 2-1 and facing a break point, she threw her racket to the ground in frustration.

A break in the 11th game of the final set was enough for Halep to secure victory, while Dodin was left to rue 16 double faults.

She will face Agnieszka Radwanska next after the Pole beat Alison Van Uytvanck of Belgium 6-3, 7-6.

Belarus' Victoria Azarenka also progressed to the third round after US Open finalist Madison Keys was forced to retire with an injury.

Three-time winner Azarenka was up by a set and a break when a leg problem became too much for Keys.

Azarenka, who has seen her ranking fall to 186th, will play Anastasija Sevastova in the third round after the Latvian beat Alize Cornet of France 7-5, 6-4.

Canada's 18-year-old Denis Shapovalov, one of the rising generation of young tennis talents, came through a testing match against Serbia's 32-year-old Viktor Troicki 6-3, 6-7, 7-6 in the men's draw.

The event is a Masters competition on the Association of Tennis Professionals Circuit and a Premier WTA tournament.