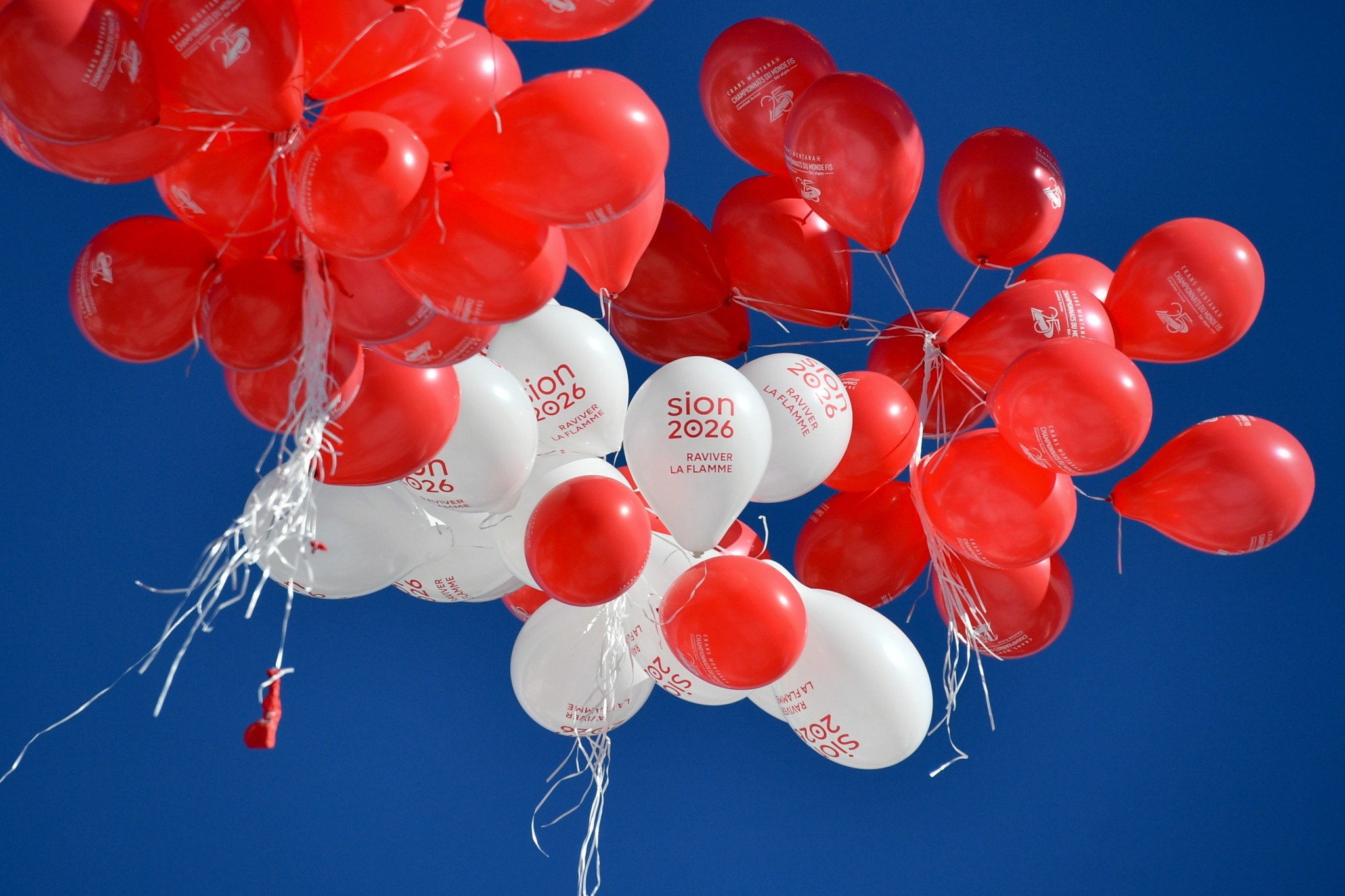 Sion 2026 officials have expressed confidence that their Winter Olympic and Paralympic bid will not face a referendum across the whole of Switzerland.

A large shadow hanging over the city's efforts has been the prospect of a nationwide ballot which could, according to a statement by five politicians from the Canton of Valais, "torpedo the chances" of their candidacy.

The Swiss National Council recently passed a motion put forward by politician Silva Semadeni which could give the entire country, not just Valais, the opportunity to vote on whether the bid should proceed.

With up to 43 per cent of Swiss citizens said to be against the Sion bid according to a poll in the Le Matin Dimanche and Sonntags Zeitung newspapers, a countrywide referendum could be a disaster.

A referendum has already ended the hopes of a Swiss bid from Graubünden.

The Sion team, however, are confident that the motion will not pass through both houses of the Swiss Federal Assembly and therefore such a referendum would not take place.

"You have to see that we were not really surprised by this motion," Rene Will said here at Pyeongchang 2018.

"The politician who did this motion [Semadeni] was the same person who already fought against the bid of Graubünden.

"She is well known to be against any participation in Olympic Games.

"We are convinced that the Council of States will decline the motion and therefore we do not have anything to fear.

"There is some work to be done to convince the people of Valais about this candidature but we are on track there."

One of the factors in the Sion 2026 bid that the organisers believe could sway voters should a referendum take place is their plan for Games legacy and keeping costs down.

This could include speed skating in The Netherlands.

It is insisted that they will try to host an Olympic and Paralympic Games without building a single new venue - a move designed to settle fears surrounding the extreme cost of hosting major sporting events.

"We want to use the things we already have.

"We would make them more modern and more accessible for disabled people if they are not yet.

"But not to start building projects, which result in financial trouble.

"That is one of the most important messages to put across and also to show that we are thinking a lot about legacy and sustainability.

"It is important to us and now we have some differences between the images in people's minds and our plans going forward.

"We know that we will not get in financial troubles, we have made a very 'Swiss' budget, which means we can usually guarantee that the budget is correct and conservative.

"We are convinced there will not be a problem as we have reserves in the budget.

"But to convince people and the media - that is the biggest challenge."

Will emphasised Sion 2026's dedication to the idea of legacy when talking about this month's Winter Paralympics in Pyeongchang, saying that, although he had enjoyed the experience overall, there were several factors he would change, particularly in regard to legacy.

"We don't want to construct buildings that will not be used after the Games," he said.

"I feel a bit sad when I see the ski jumping venue.

"It would be nice if we could take this and the beautiful biathlon and cross-country venue to Switzerland but we really fear that it won't be used any more [in Pyeongchang].

"This is definitely something we would change, and we are not prepared to build anything that cannot be used after the Games so we are even ready to look for other solutions - especially for speed skating as we don't have anything for that in Switzerland.

"One of those solutions is that we could go up to The Netherlands or that we have a temporary installation.

"We are really looking to avoid construction venues, which cannot be used afterwards.

"This is one of the most important things we want to avoid."

Sion 2026 project manager Judith Bongard outlined the measures that Sion 2026 would take if a referendum did occur.

"In Valais, we have specialists in such referendums," she said.

"They will campaign with us to promote the bid through grassroots."

Although the bid team say they are not against the idea of a referendum, and accept that it could happen, Bongard said "it feels like the downhill has already started and now it is about changing the course during these Games [Pyeongchang 2018]."

Will has also insisted that a Sion 2026 Winter Paralympic Games would improve the lives of disabled people in Switzerland.

Despite people with impairments living a relatively good life in Switzerland compared to other countries, Will believes the situation can still be improved.

"Switzerland is one of these developed countries where disabled people are in a relatively good position," he said.

"We joined the United Nations' Convention on the Rights of Persons with Disabilities in 2014 and there are a lot of points in there that are not a problem for Switzerland.

"But, there are some points where we have to achieve many more goals.

"For example, we have a very good public transport system, which can be used for the Games, but the accessibility is not that good, and certain trains and stations need to be improved.

"Disabled people in Switzerland are already quite integrated into society, but the way to a full integration and inclusion, which is stipulated by the UN convention, will take a lot of time and cost a lot of money.

"When the state is in a deficit situation, this is one of the investments that gets denied.

"We have to use the Games to show what the real way of inclusion is and what this means for us."

Bongard added: "It is about shifting the priorities, and the Games will put disabled people at the front of the queue."

The Sion 2026 bid team also hope that, if a Paralympic Games were on the horizon, more young people would be motivated to compete in Para-sport.

Switzerland currently has what Will calls a "luxurious problem", whereby, as Switzerland are not involved in any wars, they do not have naturally fit former soldiers who have been injured on the battlefield - a group of people that make up a large number of Paralympic athletes.

With this being the case, Sion 2026 know they have to find talent in other areas and believe that the performances by Swiss athletes here in Pyeongchang, and particularly those of Alpine standing skier Theo Gmur, could inspire young disabled people in Switzerland to take up Para-sport, which will ultimately help the Sion 2026 bid.

"The performance of our athletes helps here," Will said.

"This attracts the media and they are good stories for our people.

"This is especially important for Para-sports as we are not usually the focus of the media.

"It is important to generate some visibility and attract sponsors."

The bid team, however, say that the goals of the Swiss Paralympic Committee are not just to push sport at an elite level, but also at the grassroots.

"It's important to strengthen the feeling of the way that disabled people are seen in the population and to make this integration, to make the population understand that the inclusion of these people is so important for the whole society," Will said.