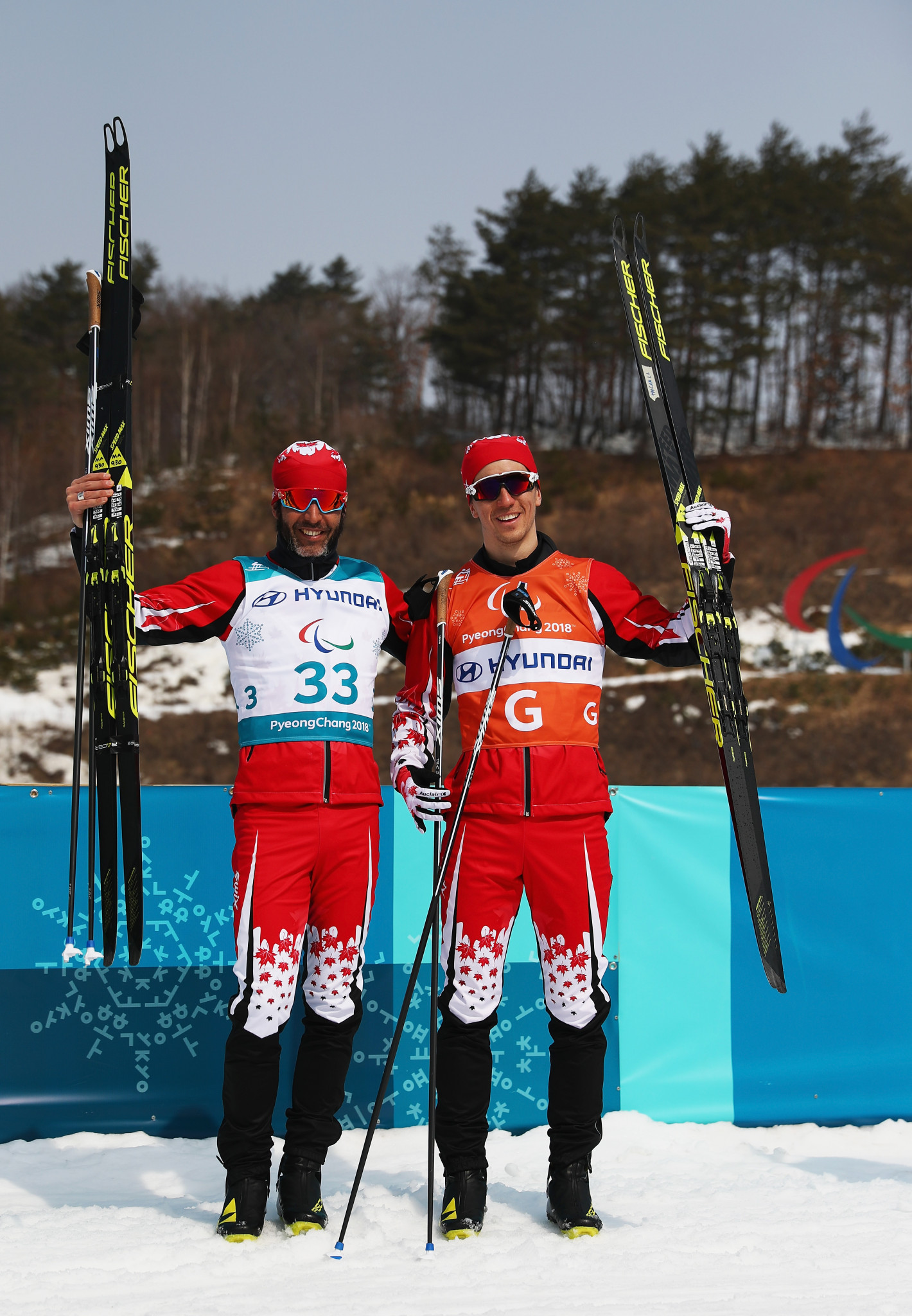 Brian McKeever became Canada's most decorated Winter Paralympian of all time today after securing his 14th medal with victory in the men’s 20 kilometres visually impaired cross-country event at Pyeongchang 2018.

Guided by Graham Nishikawa, the 38-year-old from Calgary clocked a time of 46min 02.4sec at the Alpensia Biathlon Centre to make it three consecutive titles in the event following wins at Vancouver 2010 and Sochi 2014.

It secured him a Canadian record 14th Paralympic medal - a haul which includes 11 golds to make him the most successful male cross-country skier in Winter Paralympics history.

He surpasses the late Para-Alpine skier Lana Spreeman, winner of 13 medals in her five Paralympic appearances.

"It's confirmation that we're still competitive even at ripe old age now," McKeever, Canada's flagbearer for the Opening Ceremony in his fifth and final Games, said.

"It's not about winning medals, but it is about challenging ourselves with our training and how that affects the racing.

"We're not afraid to try new things in training or change it up or experiment a bit."

France’s Benjamin Daviet, winner of the 7.5km biathlon event, had to settle for the silver medal in 46:48.9.

Rounding out the podium was Norway’s Håkon Olsrud, who posted a time of 47:10.6.

On the women's side, Ekaterina Rumyantseva claimed her second and the Neutral Paralympic Athletes' third gold medal of the Games by coming out on top in the women's 15 kilometres freestyle standing event.

Compatriot Anna Milenina finished runner-up to Rumyantseva, just as she had done in the 6km biathlon.

In the women's 15km visually impaired event, Belarus' Sviatlana Sakhanenka came out on top to land her country's first gold medal of these Games.

Sakhanenka, guided by Raman Yashchanka, posted a time of 49:11.7 to add to the bronze medal she won in the 6km biathlon on Saturday.

The bronze went to NPA's Mikhalina Lysova, guided by Alexey Ivanov, in 52:29.2.

Cross-country skiing action at the Pyeongchang 2018 Winter Paralympics is due to resume on Wednesday (March 14), when a further six medal events are scheduled.

McKeever will look to further improve on his medal total in the men's 1.5km visually impaired sprint classic.