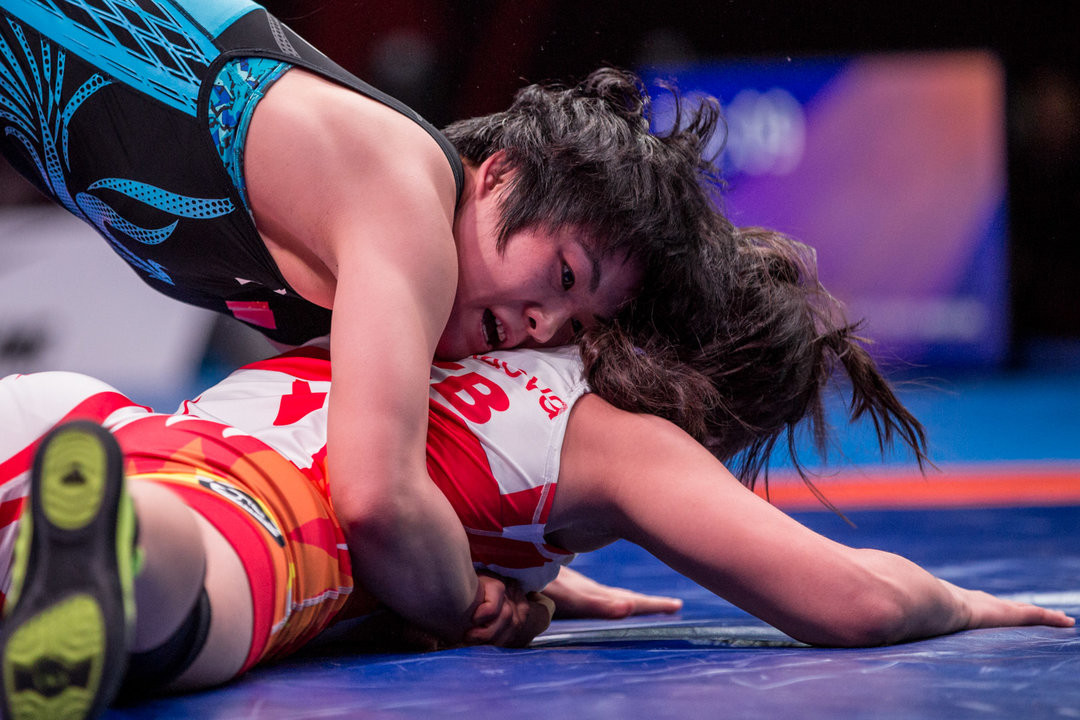 Chinese wrestlers claimed four of the five titles on offer on the third day of the Asian Wrestling Championships in Kyrgyzstan, as India’s wait for their first women’s gold at the event went on.

Vinesh Vinesh had the opportunity to become the first Indian woman to top the podium at the Championships, when she reached the 50 kilogram final at the Kozhomkul Sports Palace in Bishkek.

She came up against China’s Lei Chun, with the pair enjoying a closely fought battle in the final.

The Chinese wrestler would ultimately emerge victorious, with Lei scoring a late takedown to edge her opponent 3-2.

The second bronze was earned by India’s Sangeeta Sangeeta, who won 9-4 against South Korea’s Um Jieun.

A hat-trick of Chinese golds was sealed when Zhou Feng stormed to a technical fall win over Tumentsetseg Shrkhuu of Mongolia in the women’s 68kg division.

The podium was rounded off by Kazakhstan’s Irina Kazyulina and Kyrgyzstan’s home favourite Meerim Zhumanazarova.

They earned victories over South Korea’s Park Sujin and India’s Divya Kakran in their respective bouts.

Zhou Qian delivered China’s fourth and final title of the day, after a series of strong performances in the 76kg division.

Zhou emerged as a 7-2 winner against Japan’s Hiroe Minagawa in the gold medal bout.

The second was earned by South Korea’s Hwang Eunju, who secured a victory by fall over Aiperi Medet Kyzy of Kyrgyzstan.

The only final not to feature a Chinese wrestler came in the women’s 55kg event, where Japanese teenager Saki Igarashi showed her potential for the future.

There were technical fall wins for Mongolia’s Davaachimeg Erkhembayar and China’s Luo Lannuan, as they saw off the challenge of Nazgul Nurakhan of Kazakhstan and Uzbekistan’s Amina Alimbetova respectively to win bronze.