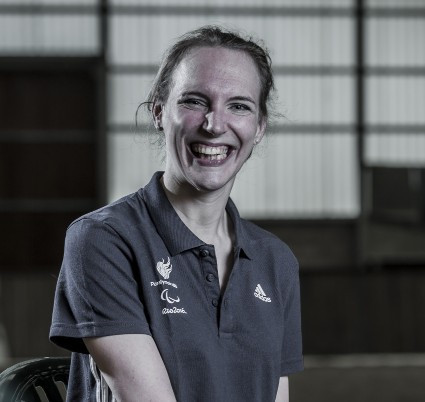 Paralympic sport has provided me with so many wonderful opportunities and I have witnessed first-hand its truly inspirational power on countless people during my career.

It has a unique capacity to educate people about disability and motivate them to go out and achieve their dream, no matter how difficult it may seem.

I always say the Paralympics are the people's Games. While not everyone can run as fast as Usain Bolt, everyone can associate themselves with what Paralympians do; following their dreams even though life has given them a few knocks along the way.

British fans are among the most passionate and knowledgeable in the world but for the Movement to continue to grow it is vital they believe in the integrity of what they see on the field of play.

That is why I have been delighted to contribute to the British Paralympic Association's inaugural classification code. A process that began shortly before the Rio 2016 Paralympic Games and has featured insight from countless British Paralympians.

It places athletes at the heart of the process, clearly setting out their roles and responsibilities for the first time in one simple document.

Classification establishes who can and cannot compete in Paralympic sport and groups athletes into sport classes, depending on how much their impairment impacts functional activities in each sport or discipline.

It is the bedrock of all Paralympic sport which should allow athletes to achieve their goals and compete confidently in the knowledge that they are up against athletes with similar impairments, where the best prepared athlete over the course of the competition will win.

There has been intense scrutiny of classification recently, a further illustration, if one were needed, of the exponential growth in interest in Paralympic sport since London 2012. With that comes the increased media spotlight.

During the development of the code athletes identified a number of key areas where we believe more should be done to ensure the sport we love continues to thrive.

A huge part of this is increasing education, awareness and understanding. Whether for athletes, their coaches and other support personnel, or parents of athletes, it is vital the classification system is better understood.

The new code commits to introducing an education programme that could be delivered in a similar way to the UK anti-doping programme, and will be mandatory for all those competing at international level. It will be tailored to athletes competing at all levels from grassroots to elite and create a better understanding of the system leading to fewer accusations of unfairness.

During the drafting of the code we also identified that there was no clear complaints procedure - a whistleblowing process - for allegations regarding abuse of the classification process. The code commits to introducing one with the BPA as the initial point of contact if the individual does not feel comfortable raising it with their national governing body.

This is a crucial change as although no case of international misrepresentation has ever been proven against a British athlete, it's important that they have a clear route for reporting evidence and confidence that their concerns will be properly investigated. This should improve respect in the system to uphold standards of fairness.

Intentional misrepresentation is cheating pure and simple and is one of the biggest risks to the sport. I wholeheartedly support the International Paralympic Committee's recent decision to increase the sanction for those found guilty to a four-year ban. There should be no place in Paralympic sport for anyone seeking to cheat the system.

Finally, as an athlete at the cutting edge of your sport you are continually pushing the boundaries and it can be easy to get caught up in the "medals at any cost" mentality. It is however your responsibility to portray an accurate representation of your impairment, and encourage those who support you to do the same to protect the long-term integrity of Paralympic sport.

ParalympicsGB's success at recent Games is to be treasured not only as a reward for the athletes' incredible hard work, but equally because of the national pride that success generates, and most importantly the wider impact those medals can have on society and in challenging perceptions of disability.

I am proud to have played my part in ensuring the British system continues to be world leading on and off the field of play.