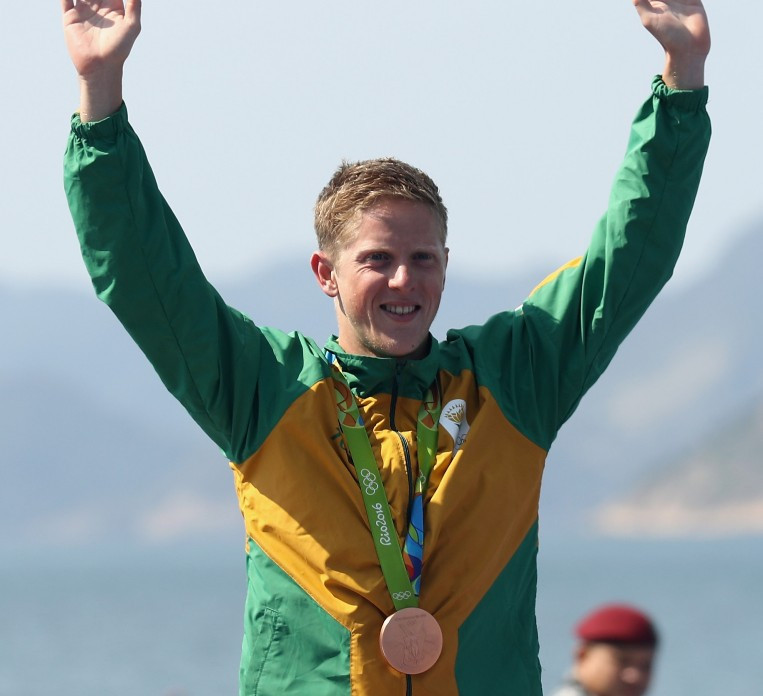 An investigation has been launched by the International Triathlon Union (ITU) into allegations that South Africa's Henri Schoeman "failed a drugs test" at the 2016 Olympic Games in Rio de Janeiro, where he won a bronze medal.

The 26-year-old finished third in the Brazilian city behind British brothers Alistair and Jonathan Brownlee.

He also won the final leg of the 2016 ITU World Championship series in Cozumel.

But, alleged leaks of internal International Olympic Committee (IOC) emails by Russian-linked hacking group Fancy Bears', published by the Sputnik news agency in Russia, have indicated that he failed a test for banned performance-enhancing glucocorticoid prednisolone.

Prednisolone is prohibited only "when administered by oral, intravenous, intramuscular or rectal routes".

Athletes are permitted to apply the substance to specific areas to deal with skin rashes, or can apply for a therepeutic use exemption (TUE) allowing wider use.

Leaked emails appears to show that use of the otherwise-banned product was declared on Schoeman's anti-doping control form, leading the IOC medical and scientific director Richard Budgett to seemingly ask whether a "retroactive TUE" would be accepted.

There was no information of any sort of violation by Schoeman announced at the time.

"ITU has been informed of allegations involving Henri Schoeman and an adverse analytical finding that would have occurred during the 2016 Rio Olympic Games," the ITU said.

"ITU has promptly launched an investigation into the matter.

"ITU has been in touch with the athlete, who is fully cooperating providing information."

The IOC, rather than the ITU, were responsible for administering doping cases during Rio 2016.

They have refused to provide any clarification about the case, however.

"The IOC does not comment on alleged leaked documents," a spokesperson told insidethegames.

Schoeman or his representatives have not yet commented.