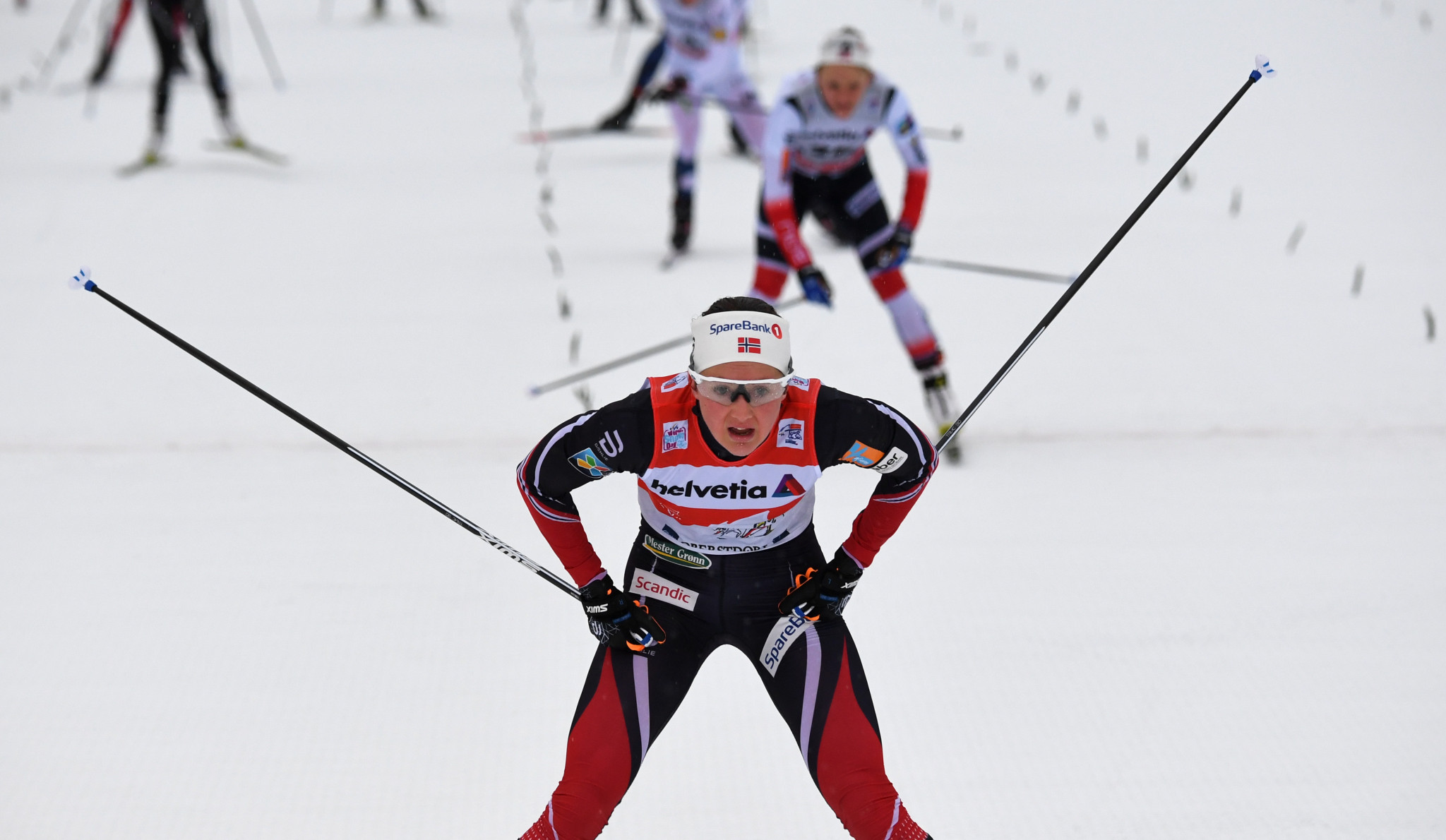 Østberg won a third successive distance event to extend her lead in the overall standings in a format in which each leg doubles as a International Ski Federation World Cup race.

She completed the 10km distance in 23min 16.5sec in the German resort to extend her overall lead to 57 seconds.

He won in 29:48.80 after outsprinting Sindre Bjoernestad Skar by 0.4 seconds in a sprint.

Italy's Francesco de Fabiani was 0.9 behind to finish third.

Switzerland's Dario Cologna crossed fourth, 3.7 seconds off the pace, but remains in the overall lead.

He now lies 53 seconds in front of Russia's Sergey Ustiugov, who only managed 28th place today.

It came after yesterday's scheduled sprint stage was cancelled amid a thunderstorm after three opening stages in the Swiss resort of Lenzerheide.

Skiers will now head to Val di Fiemme in Italy for the final two legs of the series on Friday and Saturday (January 6 and 7).