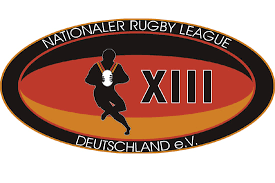 "It was good to see the work being done at grassroots level and the enthusiasm of those involved in German rugby league," said Aughey.

"Watching the Rugby League World Cup final live on German television with members of the German national squad and a German commentary - which referred several times to the domestic game - was an incredible experience."

Two of the candidates were Great Britain-based Nick Keinhorst and Dan Pearson, who are keen to help German rugby league progress.

"All of the candidates were extremely committed, as indeed were the children from the TuS Hattingen Rugby League club who provided the candidates for the assessments," added Doughton.

"I am sure that the weekend will help to consolidate the Steeden BundesLeague and strengthen our foundation for further growth."

It is intended to build the knowledge and skills of the RLIF's 21 European members, divided into six regional clusters, through high quality training and mentoring, while granting opportunities to share experiences among fellow Europeans dedicated to rugby league development.