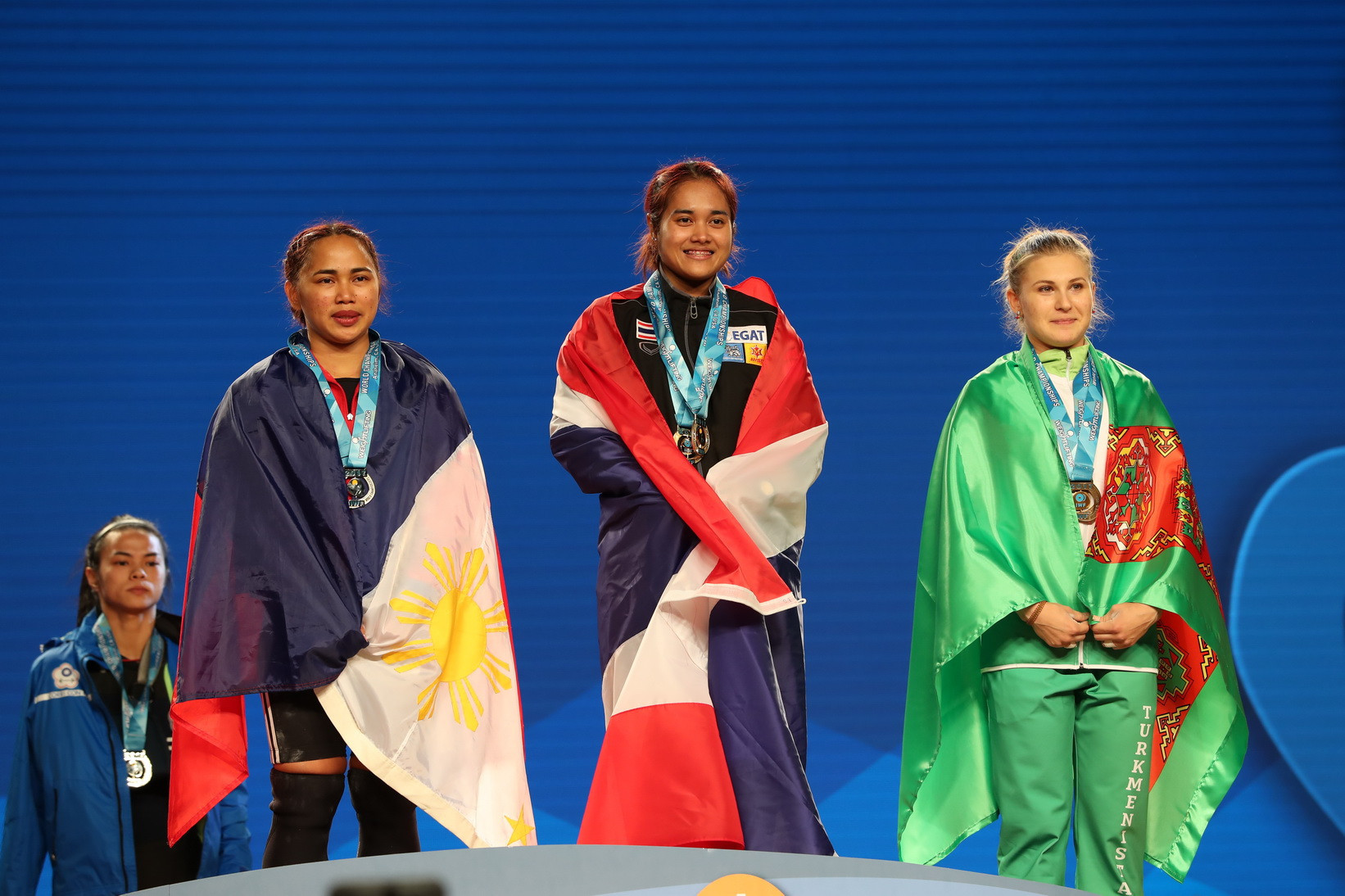 Tanasan, the reigning Olympic champion in the women’s 48kg category, won the snatch with 96kg having managed three good lifts.

She then went onto win the clean and jerk with 114kg for an unrivalled total of 210kg.

Chinese Taipei’s Hsu was the silver medallist in the snatch with 93kg but she was unable to return for the clean and jerk after injuring her right elbow.

"I heard about Hsu's injury during the clean and jerk," Tanasan said.

"I was a bit disappointed because Hsu is a great competitor, but I had to focus on the competition."

Shermetova was the bronze medallist in both the snatch and clean and jerk with lifts of 91kg and 113kg respectively.

Diaz, meanwhile, finished sixth in the snatch with 86kg and second in the clean and jerk with 113kg, beating Shermetova on bodyweight.

Kuo managed 105kg to finish second in the snatch behind Olympic champion Sukanya Srisurat of Thailand on bodyweight.

She then triumphed in the clean and jerk with 135kg for a winning total of 240kg.

Despite finishing sixth in the clean and jerk with 120kg, Srisurat still managed to hold onto second place overall with 225kg.

Rounding out the overall podium was Latvia's Rebeka Koha, who came third in the snatch with 101kg and fifth in the clean and jerk with 121kg to end up on a total of 222kg.

The 19-year-old was successful with all six of her lifts.

The clean and jerk silver medal was won by Japan's Mikiko Andoh with 126kg.

Andoh would have won overall bronze had she not failed with her final clean and jerk attempt at 130kg.

Action in Anaheim is due to continue tomorrow.