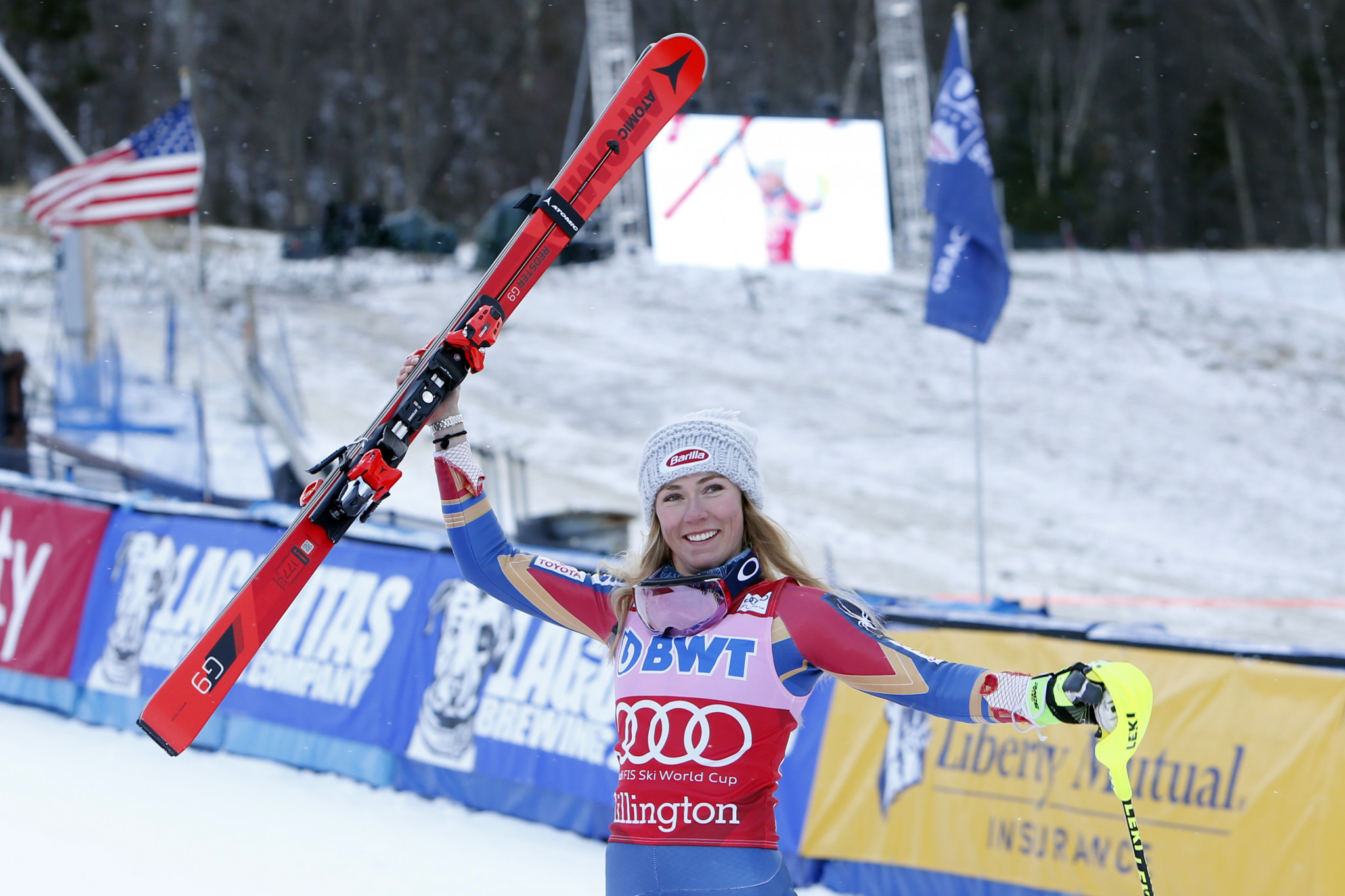 The reigning Olympic and world champion, who won the slalom at Killington last year, finished with a combined two-run time of 1min 40.91sec.

Austria's Bernadette Schild was 2.67 seconds off the pace in third.

Shiffrin and Vlhová now share the lead in the women’s slalom standings with 180 points each.

The former leads the overall World Cup standings on 305 points with the latter 84 behind in second.

Today’s win for Shiffrin was her 26th in World Cup slalom competition.

The women’s tour next moves onto Lake Louise in Canada for two downhill races and a super-G.

Lake Louise played host to a men’s super-G event today as Norway’s Kjetil Jansrud came out on top in 1:30.76.

He finished 0.28 seconds ahead of nearest challenger Max Franz of Austria.

"Winning the race proves that you are on the right track, so I’m very happy with my win today in Lake Louise," Jansrud, who started last season with three super-G wins in a row, said.

Austria’s Hannes Reichelt was 0.32 seconds back in third.

Reigning super-G world champion Erik Guay of Canada withdrew from the event, and yesterday’s downhill, due to a sore back.

The men’s tour is scheduled to resume with a super-G in Beaver Creek in the US on Friday.

It will be followed by a downhill on Saturday (December 2) and a giant slalom on Sunday.