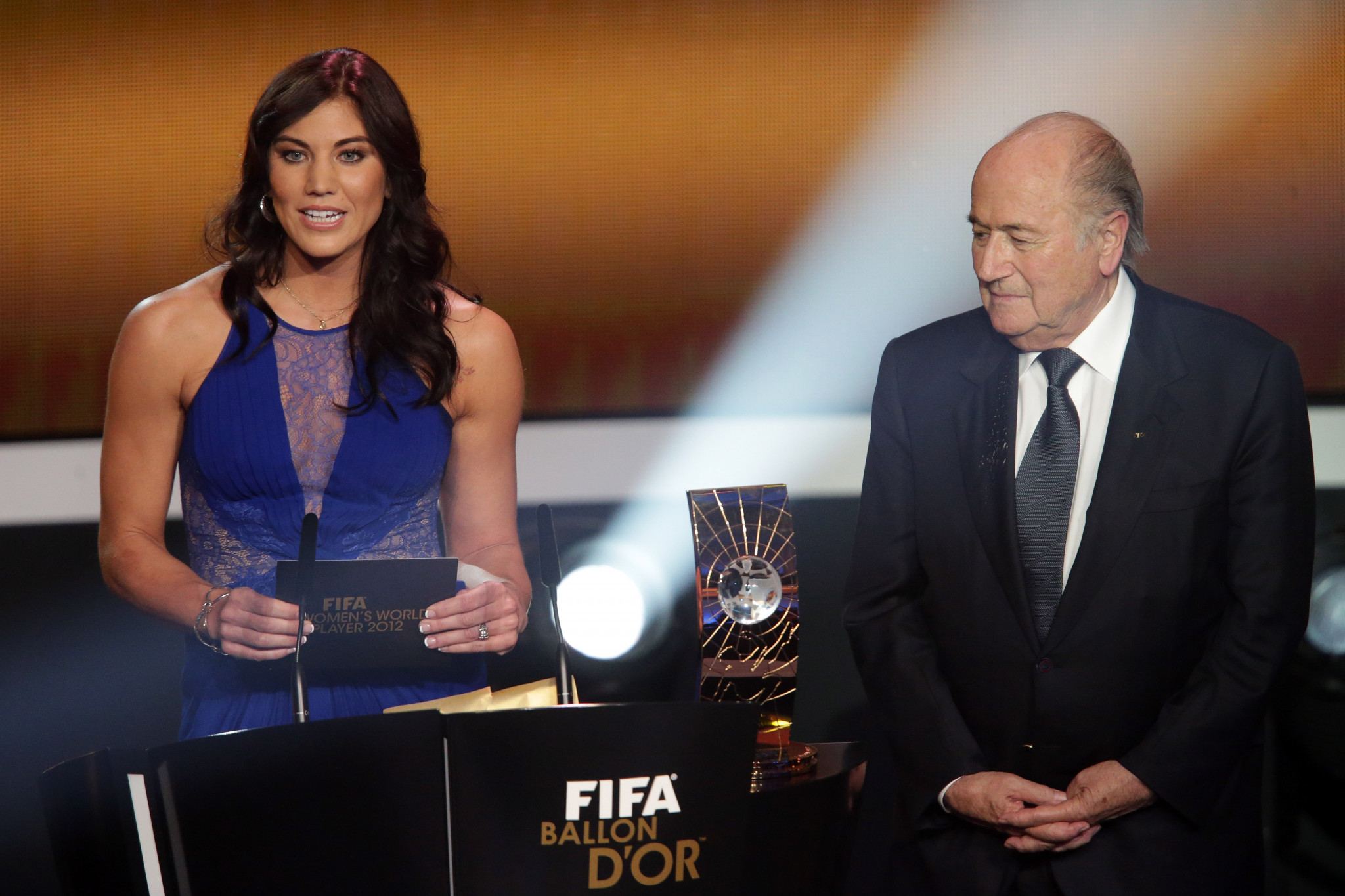 The 36-year-old stopper alleged that the incident happened at the 2013 Ballon d'Or Awards in Zurich, before the duo went on stage to present the Women's World Player of the Year prize to fellow American Abby Wambach.

Eighty-one-year-old Blatter has denied the claim, telling BBC Sport that the allegation is "ridiculous".

"I had Sepp Blatter grab my ass," Solo, a double Olympic gold medallist and World Cup winner, said in an interview with Portuguese newspaper Expresso.

"I was nervous for the presentation.

"It was the Ballon d'Or I was presenting.

"After that I didn't see him and that was kind of bad.

"I didn't get to tell him directly 'don't ever touch me'.

Solo's allegation comes with a growing number of public figures now accused of sexual offences across all walks of life.

Sport has not been immune with International Olympic Committee member Alex Gilady accused of two counts of historical sexual harassment in Israel.

Gilady said there was no intention of causing any harm and that he was "deeply sorry".

Solo, who won her Olympic gold medals at Beijing 2008 and London 2012 and the World Cup in Canada in 2015, said that sexual harrassment was "rampant" in women's football.

"I've seen it throughout my entire career," she said.

"It's not just in Hollywood.

"For years, in the past, female players date and end up marrying their college coaches, which obviously a coach should not be doing, especially with a young player.

"I've seen it not just with coaches, I've seen it with trainers, doctors, and our press officers.

"I've seen it among players in the locker room.

"I don't know why more players don't speak out against it."

Switzerland's Blatter led FIFA from 1998 to 2015 before stepping down amid a huge corruption scandal at the governing body.

He is now serving a six-year ban from football.

Along with ex-UEFA president Michel Platini he was sanctioned over a CHF2 million (£1.5 million/$2 million/€1.7 million) payment FIFA made to the Frenchman in 2011 for work done a decade earlier.

His ban was initially eight years before being cut to six.

Solo was banned for six months by US Soccer after she described the Swedish team as a "bunch of cowards" during the Rio 2016 Olympic tournament.

Her American side had suffered a shock quarter-final exit at the hands of the European side.