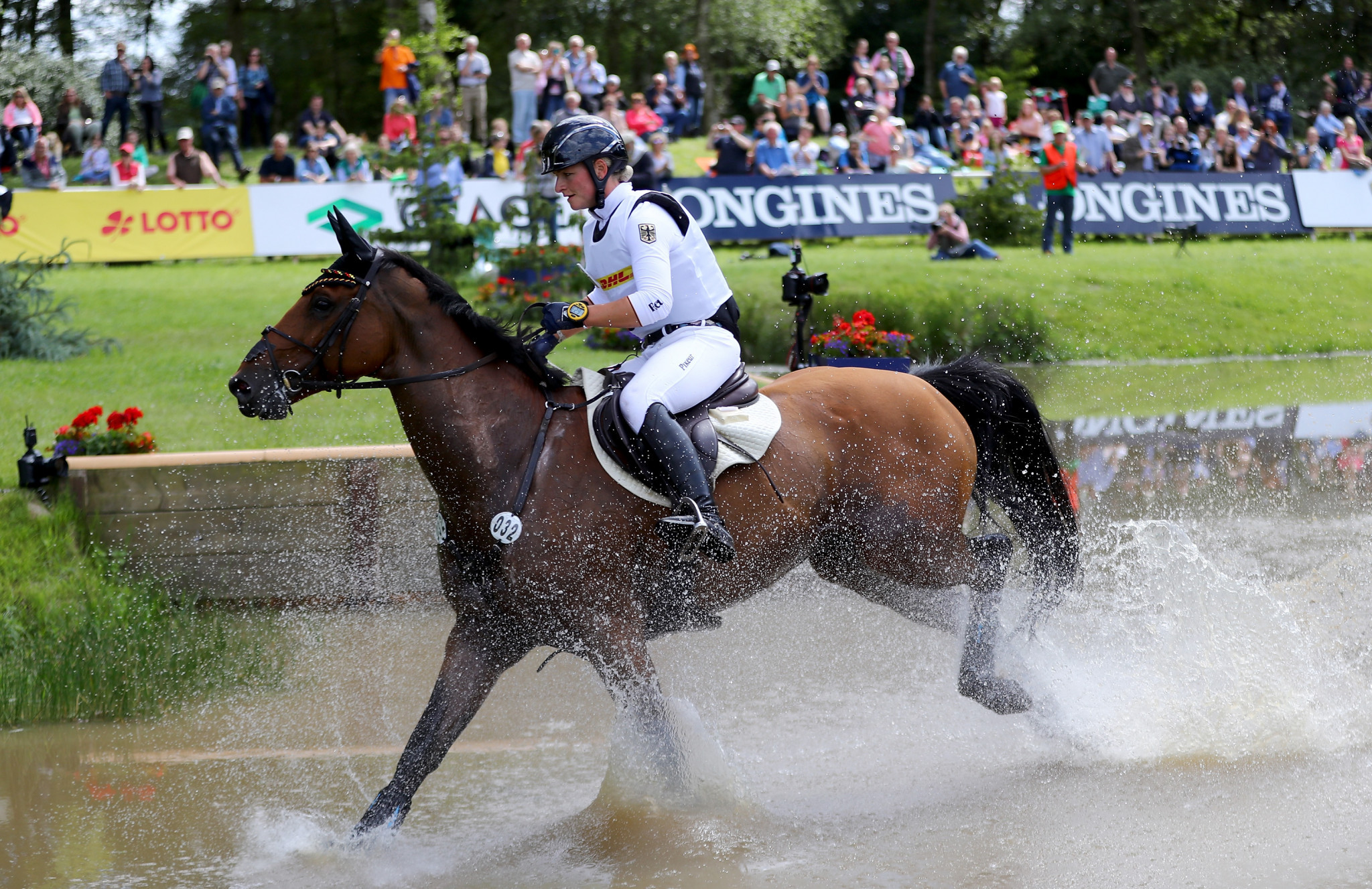 The German Equestrian Federation (FN) have requested that the B-sample for the horse Samourai du Thot is analysed following a positive drugs test at the European Eventing Championships in Strzegom.

The horse, ridden by Julia Krajewski, was tested on the final day of the Championships on August 20.

It has left Germany fearing they could be stripped of the silver medal they won in the team event.

The test revealed the substance firocoxib, which has an anti-inflammatory effect and is controlled under the International Equestrian Federation (FEI) rules.

Under the rules, the substances can be used for therapeutic purposes in training, but not in competition.

A random sample taken by German National Anti-Doping Agency when the team returned from the Championships in Poland also confirmed the presence of the substance.

The team claim they have no explanation for the positive test and there is no record of the banned sample being recorded in the horse’s treatment book.

"I am deeply disturbed by the news of the positive medication control of Samourai du Thot, especially as I still lack any explanatory approach and the consequences of confirmation by the B sample would not only affect me personally," said Krajewski.

"If we had to return the silver medal, that would be incredibly unfortunate for my entire team.

"Of course, neither I nor anyone around me has given this substance.

"As part of the German team, which travelled to Strzegom as a co-favorite, I was aware that my horse would most likely be sampled at the Championship.

"I am 100 per cent behind our doping prevention system and fully aware of my responsibility and due diligence in dealing with this issue."

Krajewski would have 21 days to decide whether to accept a punishment or go to a tribunal should a positive test be confirmed by the FEI.

They admit it would only make sense to go the tribunal if they can prove how the substance entered the horse’s system.

The gold medal at the Championships was earned by Britain, while Sweden would be in line for the silver should Germany be forced to hand back their medals.

Italy could move up to bronze.