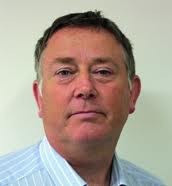 Weightlifters who became London 2012 Olympic champions between five and 11 months ago when dopers were officially disqualified have not received their gold medals, nor have they been given any indication of when they will get them.

Many weightlifting medals that should have been reallocated after disqualifications at Beijing 2008 have also not yet reached the athletes who won them, and for London 2012 it appears that not one of the new medallists has received his or her medal - gold, silver or bronze.

By comparison, track and field medals for "new" London champions who won because of the International Olympic Committee (IOC) retests were presented as long as 16 months ago.

The maximum number of weightlifters who could be given medals they did not originally win is 40 - although at least eight of them would not expect to be awarded one, because of their own, or their nation's, doping record.

Of the 17 athletes who were upgraded into medal positions because of the disqualification of 24 dopers in London, four took first place, three of them women.

While nobody doubts that Lidia Valentin, Christine Girard and Hsu Shu-Ching, the most successful weightlifters ever from Spain, Canada and Chinese Taipei, will eventually get their gold medals, they have not been officially informed by the IOC that they will do so.

"The reallocation process for London 2012 has only just started and we will have a better view in due course," said Mark Adams, a spokesman for the IOC, which oversaw the retests and is responsible for deciding who gets a medal after the results have been amended.

Clean athletes in track and field, which had 14 disqualifications at London 2012, have not had to wait.

In June 2016, a Tunisian steeplechaser and an Australian race walker were presented with their London 2012 gold medals, three months after appeals involving disqualified Russians had been dealt with.

A year ago on Friday (November 3), the Irish race walker Rob Heffernan, who finished fourth in London behind a subsequently disqualified Russian, was awarded his bronze medal at a ceremony in his home city of Cork.

Weightlifters produced 49 of the 111 positives announced after the IOC's retests, more than any other sport and one of the reasons why its Olympic status is under threat.

The International Weightlifting Federation (IWF), which has banned nine nations who had three or more retest positives and which is striving to overcome the doping problem with a range of new initiatives, has been inundated with complaints from clean athletes wanting their medals.

But the sport's governing body can do nothing other than redirect them to their own National Olympic Committee.

Once the IWF has confirmed the results after disqualifications, the medal reallocations are in the hands of the IOC.

The first result amended with the IWF's approval was in October 2016 and the last was on September 17 this year.

Girard, a 63 kilogram lifter promoted from fourth to bronze in 2008, and from bronze to gold in 2012, told insidethegames: "I wish the IOC could have been more direct.

"I knew it would take a long time but this has been really long - nearly a year."

"It's going to be anticlimactic for Christine, who has waited and waited and…nothing.

"I heard that one girl was refusing to return her medal but that shouldn't make any difference.

Photi Sotiropoulos, the communications director of the Canadian Olympic Committee (COC), said: "There has been comment between the IOC and COC but we are still waiting on formal confirmation about medals."

Valentin, one of the most popular weightlifters within the sport, was promoted to silver in Beijing and gold in London after three dopers ahead of her in the 75kg category were disqualified at both Games.

The Spaniard was officially promoted to first place in London when the IWF approved the new finishing order on December 9 last year.

Valentin, who also won a bronze in Rio, said in a recent interview: "I want my medals because I have earned them.

"I really want to close this chapter."

She is expecting her Beijing silver medal to be delivered in time for a presentation ceremony in Madrid in December, but nearly 11 months after the result was changed she does not know about the gold from London.

When the Spanish Olympic Committee was asked specifically if it had been given confirmation that a London gold medal was on its way the reply was: "The IOC has informed that Lidia is our champion."

Hsu, who won gold at 53kg in Rio, was promoted from silver to gold in London in the same weight class after the disqualification of Zulfiya Chinshanlo, one of 10 lifters from Kazakhstan who came up positive in the retests.

Immediately after her Rio triumph, Hsu said she wanted her London silver upgraded to gold "as soon as possible".

She is still waiting.

Girard and Valentin are the first Olympic weightlifting champions for their nations, male or female, while Hsu is the only woman to win twice for Chinese Taipei.

The sole male gold medal upgrade from London 2012 is Saeid Mohammadpourkarkaragh, of Iran, who finished fifth behind four dopers in the 94kg.

Another clean weightlifter on the London 2012 waiting list is Jang Mi-ran of South Korea, who won super-heavyweight gold in Beijing.

She runs a foundation to help young athletes in minor sports and who was a contender for a place on the IOC's Athletes' Commission.

Jang was upgraded from fourth to third place after the disqualification of an Armenian, but the Korean Weightlifting Federation said: "Unfortunately we've not received any official message about this matter."

Thailand is waiting for Siripuch Gulnoi's 58kg London bronze as well as Pensiri Laosirikul's 48kg Beijing bronze, but at least the Thailand Amateur Weightlifting Association was able to see Wandea Kameaim presented with her Beijing 58kg bronze two weeks ago.

"The reallocation of medals is not automatic and is done on a case-by-case basis," the IOC's Adams said in a statement to insidethegames.

They would not "discuss individual or specific cases".

Disqualified athletes failing to return medals is one of the problems.

Asked how many medals had been sent back, he said: "A number of the medals have been returned but this is an ongoing process involving the disqualified athlete and their National Olympic Committee."

There is a way around this problem, though.

"The IOC has got a stock of blank medals transmitted by the Organising Committee after each edition of the Olympic Games, and those medals are engraved at request when it is justified, for instance in order to avoid delaying an award ceremony," said Adams.

Another challenge is deciding who should, and who should not, receive a medal after the revised results.

For example, there are weightlifters now in gold-medal position from Kazakhstan and Russia, which both had 10 retest positives; the Bulgarian behind Girard in London has served two suspensions; and a Pole moved up in the men's 94kg was sent home from Rio for doping.

The clean athletes will not complain about that.

Nor will the IWF.

Tom Goegebuer, the athlete representative on the IWF's Clean Sport Commission, said: "I understand that the situation in weightlifting is really complex.

"There are a lot of positive retests, and in some cases it is not straightforward to reallocate medals so I think athletes do understand that decisions can take longer.

"The problem is that it has now taken many months without any communication about it."

Goegebuer, a triple Olympian who was outspoken against doping during his lifting career, and is now President of the Belgian Weightlifting Federation, said that because some lifters had received medals: "of course the remaining athletes want to get theirs."

There had been no official communication from the IOC about some medal awards, he said.

"The whole point of doping controls is to protect the clean athlete so these athletes deserve a clear communication and explanation about what they can expect.

"We should not forget that the moment of glory has been taken away from clean athletes, and nothing can replace that.

"But receiving an Olympic medal still means a lot and it would be hard to digest another disappointment for these athletes - so I do hope that the IOC will soon give us a clear view of what we can expect."

The IWF said it had received only four official notifications from the IOC about medal reallocations from Beijing, though several more have been made without any announcement.

As for London, there have been no notifications and, as far as the IWF is aware, no medals have been delivered.

Adams said: "The medal reallocation process for the Olympic Games 2008 is in its final phase and will be over by the end of this year.

"The latest information we have is that 55 medals have been reallocated to athletes [in all sports] and there have been medal ceremonies with the athletes concerned."

Meanwhile, the long wait for Girard, pregnant with her third child, goes on.

"We understand the complexity of the issue and we are keen to move things forward," said Sotiropoulos.

"There are many considerations but our immediate desire is that Christine Girard gets her medals.

"We are hoping everything will be finalised before the next Winter Olympics."

Those Games are in February.

So, three months for a clean track and field athlete to receive a gold medal, and three, four or five times longer for a clean weightlifter.