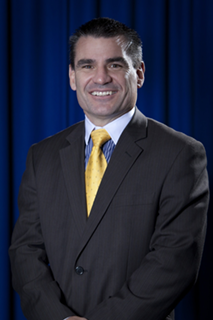 David Sharpe, the new chief executive of the Australian Sports Anti-Doping Authority (ASADA), has unveiled a three-pronged plan of attack in an open statement sent to the country's Senate Estimates Committee.

The former policeman began his new role on September 25.

He replaced another ex-policeman, Ben McDevitt, who left as head of ASADA in May after taking over the organisation during a controversial drug scandal involving Australian Football League team Essendon.

Thirty-four players from the club were banned.

The case was born out of an investigation in February 2013 by the Australian Crime Commission, which released the Organised Crime and Drugs in Sport report alleging widespread doping in Australia.

In his statement, Sharpe called for a "nationally consistent approach" to tackle doping issues in Australia.

"It is deeply disturbing knowing that young athletes are considering putting dangerous drugs in their bodies for sport, and yet we cannot deny that this is a serious problem for Australian sport and for our athletes' health," said Sharpe.

"We know this because more than 170 Australian athletes across 20 sports have been sanctioned for doping in the past four years.

"Since all athletes are equal under the World Anti-Doping Code, regardless of the sport they play, a nationally consistent approach based on collaboration between sport and Government is paramount."

Sharpe went on to explain his plan, with the first point aimed at enhancing Australia's "intelligence capacity".

"It is important to note that, of ten possible anti-doping violations, only two can be proven through a positive test," he said.

"Right now, almost a quarter of athletes serving suspensions in Australia were sanctioned for offences proven by means other than testing.

"Trafficking, possession, tampering and complicity are key elements of many cases and enhanced partnerships are critical to deterrence and detection.

"My policing experience will ensure a targeted focus on facilitators of doping, both nationally and internationally, in partnership with federal agencies and state and territory police."

His second priority is "enhanced engagement and collaboration strategies" with a series of ASADA led forums with sports administrators, athletes, coaches, teachers and media planned.

The third and final task will be enhanced education, welfare and awareness.

"I want every athlete to be aware of the immense health risk that comes with taking foreign substances - the effects that these substances have on their kidneys, their livers, their brains," added Sharpe.

"I want them to know that any choice to dope hurts their reputation, their career, their sport, their teammates, their families.

"An effective ASADA does more than catch cheats.

"An effective ASADA works with athletes, and with sports, to prevent doping ever occurring in the first place."

Sharpe's appointment coincides with former Australian Supreme Court judge James Wood beginning a review into the integrity of Australian sport in the run-up to the Gold Coast 2018 Commonwealth Games.

The review terms of reference include "the capability of the Australian Sports Anti-Doping Authority and Australia’s sport sector to address contemporary doping threats".

"It would be remiss of me not to acknowledge the fact that I have joined the agency in the wake of the biggest cases in Australia’s anti-doping history," added Sharpe.

"There has never been a greater opportunity to address issues of sporting integrity in Australia in partnership with sporting codes.

"Outcomes of ASADA forums will be considered, along with any changes led by Government, including recommendations of the Wood review, as they relate to the operational capability of ASADA.

"I will build on the work of my predecessor and maintain our trajectory towards a stronger, more sophisticated ASADA."