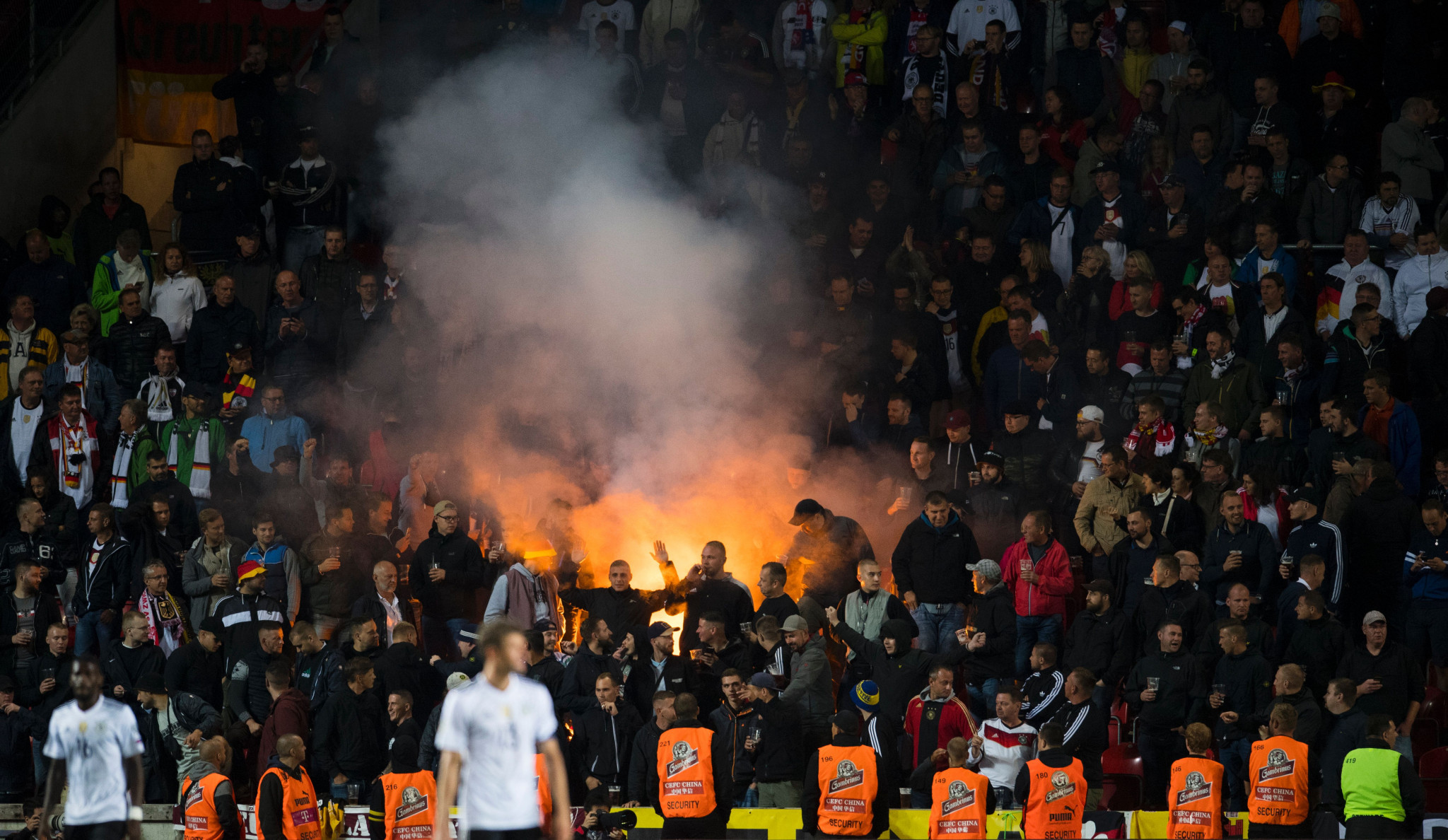 FIFA has fined the German Football Association (DFB) CHF32,000 (£25,000/$33,000/€28,000) after Nazi slogans were heard from sections of their support during a World Cup qualifier against the Czech Republic in Prague last month.

World football's governing body imposed the sanction on the DFB for "improper conduct among its own group of spectators", which included discriminatory chants, letting off flares and throwing objects.

Around 200 fans were involved in the singing of Nazi songs, while striker Timo Werner was also subjected to verbal abuse from his own supporters.

The incidents marred the match in the Czech capital, which the visitors won 2-1, and enraged Germany manager Joachim Low after the game.

Low claimed he was "full of rage" as a result of the actions of some of the supporters, describing them as "so-called fans" and insisting they were not welcome at future matches.

The punishments were announced amid the latest raft of sanctions from FIFA from the previous month's qualifiers for next year's World Cup in Russia.

Uruguay were also sanctioned from the same match for "insulting chants".

Argentina are among seven countries fined for homophobic chanting, along with Panama, Hungary, Chile, Ecuador, Brazil and Mexico.

Ukraine were given a hefty CHF45,000 (£35,000/$46,000/€39,000) fine for discriminatory chants and banners, letting off incendiary devices, a pitch invasion and blocked stairways during their clash with Turkey in Kharkov.