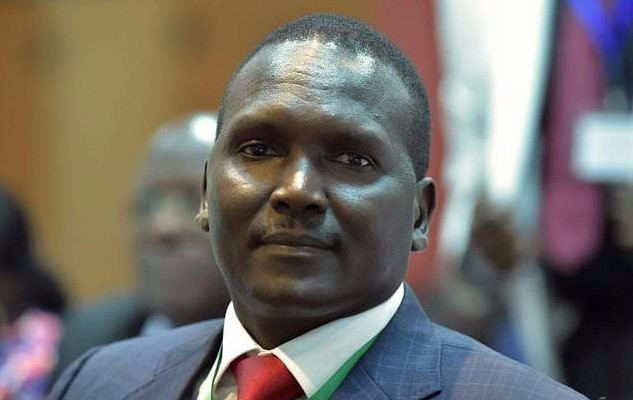 Paul Tergat has been officially elected the new chairman of the National Olympic Committee of Kenya (NOCK) after his only rival was ruled out from standing.

The former world record holder for the marathon and double Olympic silver medallist was elected unopposed after the Elective General Assembly decided his only rival, Patrick Muyah, the acting chairman of the Kenyan Swimming Federation (KSF), should not be allowed to stand.

Tergat succeeds Kipchpge Keino, the double Olympic gold medallist, who had been chairman since 1999.

The Elective General Assembly voted by 18 votes to six not to allow Muyah to stand because of a dispute over the status of the KSF.

Tergat had been the only candidate when the original election was due to be held on May 5 before they were called off at the last minute after a High Court injunction was obtained by the Kenyan Taekwondo Association (KTA), who had been barred from participating.

Among the first to congratulate Tergat was fellow IOC member Sam Ramsamy, the South African sent to monitor the elections.

"I want to thank the International Olympic Committee for the unwavering support to our country in this long transition when we were faced with a lot of challenges and crisis," said Tergat.

"This day marks another milestone and the calling of a new start in Kenya's sport aided with values of integrity, responsibility, governance, accountability and transparency."

The Sports Dispute Tribunal and High Court stopped five governing bodies, including the KSF and KTA, and the persons they had proposed as candidates from standing and they were barred from voting in the elections.

Others not allowed to participate were Badminton Kenya, Kenya Cycling Federation, the Kenya Rowinig and Canoeing Federation and Kenya Weightlifting Association due to a dispute over their status.

He was one of several officials standing for key positions who have also been implicated in corruption allegations arising from Kenya's participation in last year's Olympic Games in Rio de Janeiro.

In November Kenyan police raided Ekumbo’s apartment in Nairobi, finding both money and a kit full of supplies meant for Kenya’s national team.

Authorities found Ekumbo hiding under his bed as they investigated further into the stolen property.

He was held in prison for three days before he was formally charged with theft.

The order ended the hopes of James Chacha, hoping to be re-elected as deputy secretary, and Stephen Soi, standing for re-election as deputy treasurer, as they had both been nominated by KTA.

But Francis Paul, one of the officials arrested upon Kenya's return from Rio 2016, was re-elected as secretary general.

Paul was the only one of the previous NOCK Executive to retain his position.

Eliud Kariuki, from the Kenyan Hocky Union, clinched the Treasurer’s post and his deputy will be Paul Rwambo of Kenya Golf Federation.

Paurvi Rawal, the former chair of the Kenya Tennis Federation, will serve another term as the woman representative.