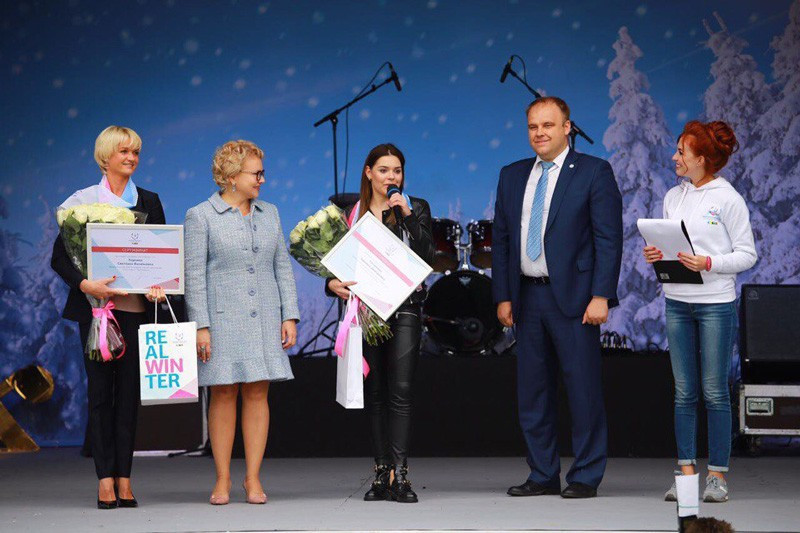 The pair were unveiled in Moscow's Red Square, where organisers were attempting to promote the Universiade as Russia celebrated its annual day of sport.

Gymnast Khorkina won gold on the uneven bars at Atlanta 1996 and Sydney 2000 Games.

“I understand very well what it means to be an ambassador of the Universiade, and I know that we are heavily responsible to all people who wait for these competitions," said Khorkina.

The ambassadors’ role is to "increase student sport and the pursuit of a healthy lifestyle".

“These are the first winter Games hosted by Russia and we shall make every effort to ensure this event is held at the highest possible level and leaves its mark in world sport history,” said Denis Branchukov, the deputy director general of the Krasnoyarsk 2019 executive directorate.

“Popularisation of student and youth sport is a top priority for us, and the ambassadors of the Winter Universiade 2019 are those who fulfil this task by demonstrating all the beauty, power and majesty of sport by their personal example."

The 29th edition of the Winter Universiade will take place in Krasnoyarsk between March 2 and 12 in 2019.

Over 3,000 athletes from 50 countries are expected to take part in the event.

Athletes will compete in 73 medal events across 11 winter sports.