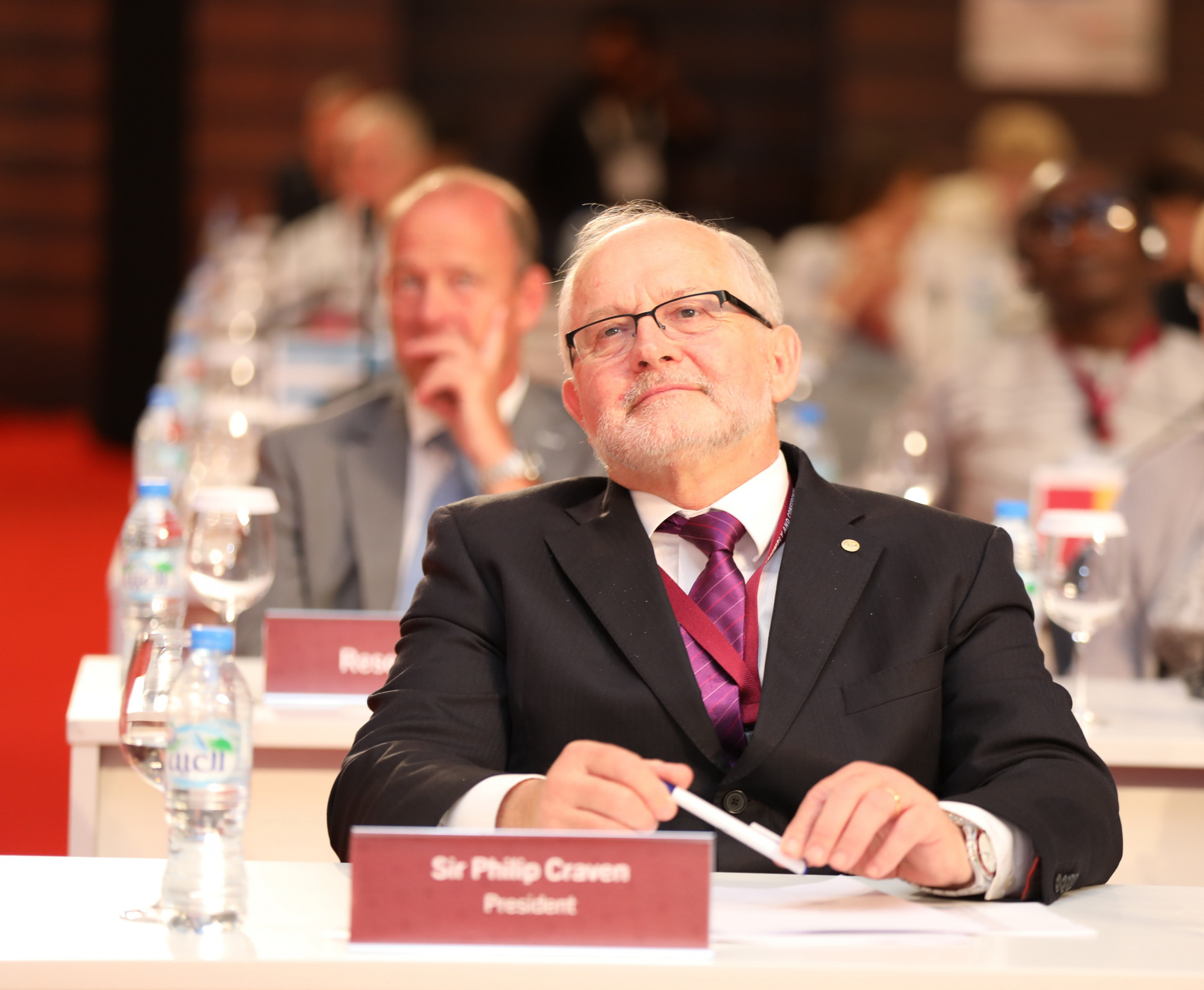 International Paralympic Committee (IPC) President Sir Philip Craven has expressed his concern today that the Beijing 2022 Organising Committee (BOCOG) is treating the Winter Paralympics as an "add-on" to the Olympics.

Sir Philip was speaking here on the opening day of the IPC General Assembly.

It follows the delivery of a progress report on the Winter Paralympics on Tuesday (September 5), when Beijing 2022 vice-president Lu Yong presented to the IPC Conference.

"One of our immediate priorities with the BOCOG is to ensure the Paralympics move out of the shadows of the Olympic Games in their planning," Sir Philip, whose 16-year tenure as IPC President is due to end tomorrow, said.

"The Olympic and Paralympic Games are two sport events that are brought together in one tremendous festival of sport, however, at the moment our concern is that the BOCOG is treating the Paralympics as just an add-on to the Olympics."

Sir Philip is encouraged, however, by the progression of preparations for Beijing 2022 and said the IPC is confident that they will take the Winter Paralympics to a "new level".

"The BOCOG has been formed, featuring a number of key people from within the Paralympic Movement," he added.

"The marketing programme launched and an agreement to deliver the fifth edition of the IPC Academy Excellence programme has been signed.

"Beijing 2022 is also set to feature Para-bobsleigh for the first time, providing the sport meets certain criteria this winter season for both the International Olympic Committee and Beijing 2022 to give their full approval."

Beijing were awarded the 2022 Games over Almaty in Kazakhstan during the 2015 IOC Session in Kuala Lumpur.

In January of last year, Sir Philip urged Beijing to improve on the success of the 2008 Summer Paralympics when the Chinese capital hosts the Winter Paralympics in 2022.

His words came after an IPC delegation met with the BOCOG for an orientation seminar.

Extensive and in-depth discussions were held on a variety of issues ahead of the Games, with the meeting the first of its kind since the BOCOG was inaugurated the previous month.

The IPC provisionally approved the inclusion of Para-bobsleigh for Beijing 2022 at a meeting in Rio de Janeiro in September.

The application for skeleton to be included on the programme was not successful though, due to the sport "not fulfilling a number of the criteria needed".

IOC President Thomas Bach praised preparations for Beijing 2022 last month after visiting the Wukesong Sports Center, the chosen location of Big Air at Beijing 2022, and the headquarters for the Organising Committee.

Bach described the preparations for the Winter Olympics as "really excellent", according to Xinhua News Agency, China's official press agency.

"You can see the great projects with regard to the development of winter sports in China, attracting hopefully at the end 300 million Chinese to winter sports," he said.