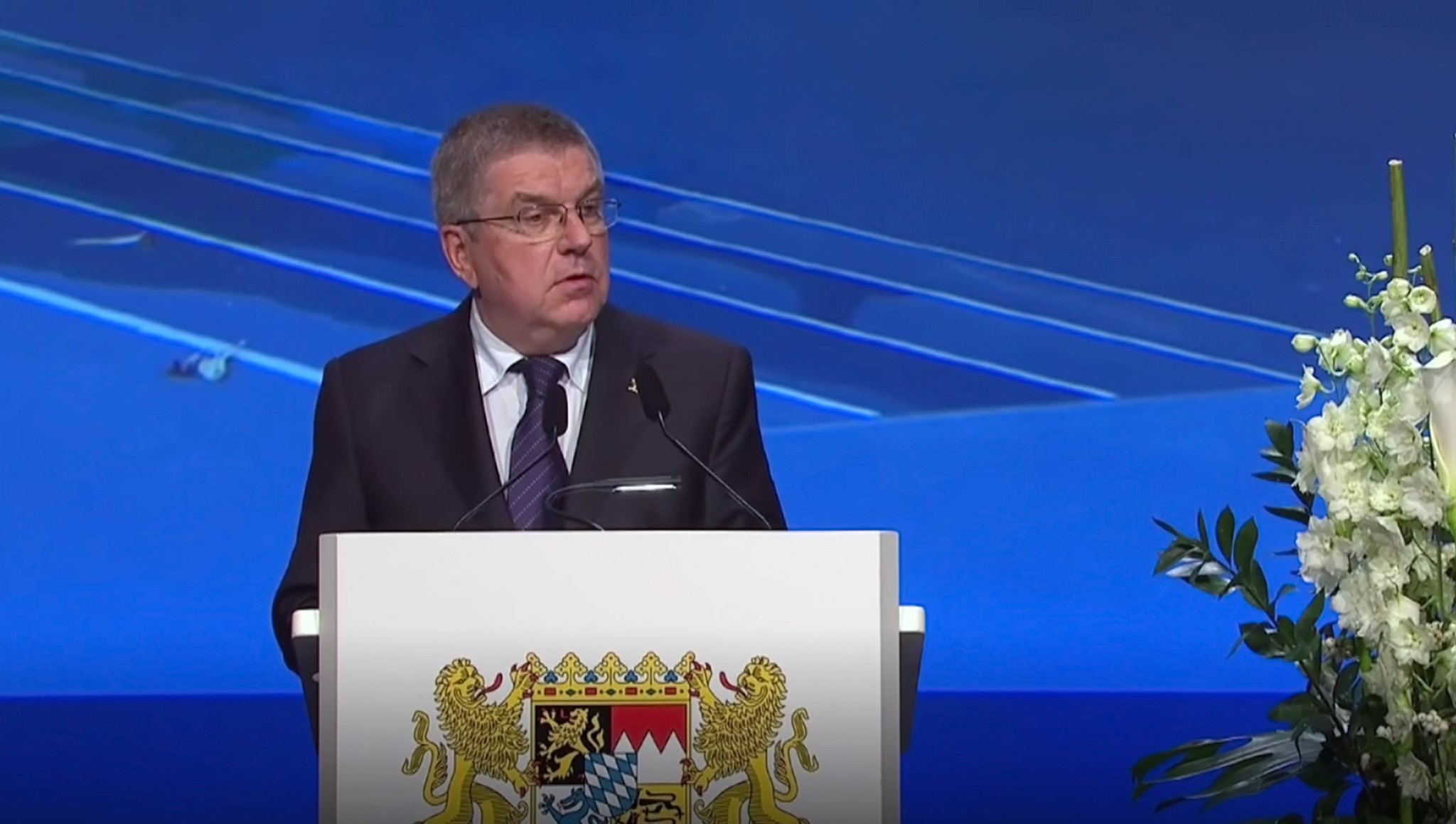 A new memorial remembering the victims of the massacre during the 1972 Olympic Games in Munich has been unveiled today in front of an audience that included International Olympic Committee (IOC) President Thomas Bach.

German President Frank-Walter Steinmeier and his Israeli counterpart Reuven Rivlin attended the inauguration of the "Munich 1972 massacre memorial" at the Olympic Park in the German city, 45 years after the attack by Palestinian gunmen.

Members of the Israeli Olympic team were taken hostage on September 5 in 1972 at the poorly secured Athletes' Village by Palestinians from the Black September group.

Five athletes, six coaches and a German policeman were killed at the Village or during a botched rescue attempt at a nearby airfield.

The Palestinian attackers demanded the release of prisoners held by Israel and two German left-wing extremists in German jails.

"We could not prevent their deaths, that is why we want to give you this place of remembrance," Bavarian State Minister for Culture Ludwig Spaenle told a small crowd that included relatives of the victims.

The names of the 11 Israelis and the one German police officer were read out.

"There are still those who see in the murder of sportsmen a heroic deed," Rivlin said.

"Just last year, Fatah [formerly the Palestinian National Liberation Movement] marked the massacre of the sportsmen as an ‘act of heroism.’

"The centre we are inaugurating today must be a message to the whole world: There can be no apologising for terrorism.

"Terror must be unequivocally condemned everywhere.

"In Barcelona, in London, in Paris, in Berlin, in Jerusalem, and everywhere else."

The memorial occupies a large exhibition area and is carved into a grass mound, creating the effect of an open wound.

A triangular column in the centre of the memorial displays the biographies and photos of those killed on panels with texts in German, Hebrew, and English.

A large LED screen plays a 27-minute loop of news footage broadcast during the events of 1972.

Funding came primarily from the State of Bavaria, the German Federal Government, the City of Munich and the IOC.

A “school of democracy” will eventually be located in the tower at the Fürstenfeldbruck airport, the site of the fatally botched rescue attempt.

Ankie Spitzer, whose fencing coach husband, Andre, was one of the victims, and Ilana Romano, wife of weightlifter Joseph Romano, have fought a long campaign to get a commemoration at the Opening Ceremony of the Olympic Games.

"We wanted this memorial," said Romano.

"In the years after we heard voices that us Israelis brought war to Germany and the terrorists were hailed as freedom fighters.

"That hurt so much but we did not give up.

"We knew our way was the right one...for the future of our children and the next generations,"

The IOC has consistently claimed the Opening Ceremony of the Olympic Games is not the appropriate platform and has instead taken other actions to remember the victims.

At Rio 2016, the IOC inaugurated “the Place of Mourning”, a small park which will be a feature at every Olympics, with two stones from ancient Olympia encased in glass.

Rivlin warned Bach anger remained in Israel about the iOC's reaction to the incident.

"Our brothers who were murdered were not just the State of Israel’s sons," he said.

"They were the Olympic family’s sons.

"A family which for many years abandoned its commitment to them.

“’The Games must go on’ - so said at the time the President [Avery Brundage] of the Olympic Committee, in a sentence which will be remembered eternally as a disgrace.

"For 45 years - almost half-a-century - the victims’ families, and the State of Israel looked expectantly for this moment: the inauguration of a centre of remembrance and a memorial in the Olympic Village.”