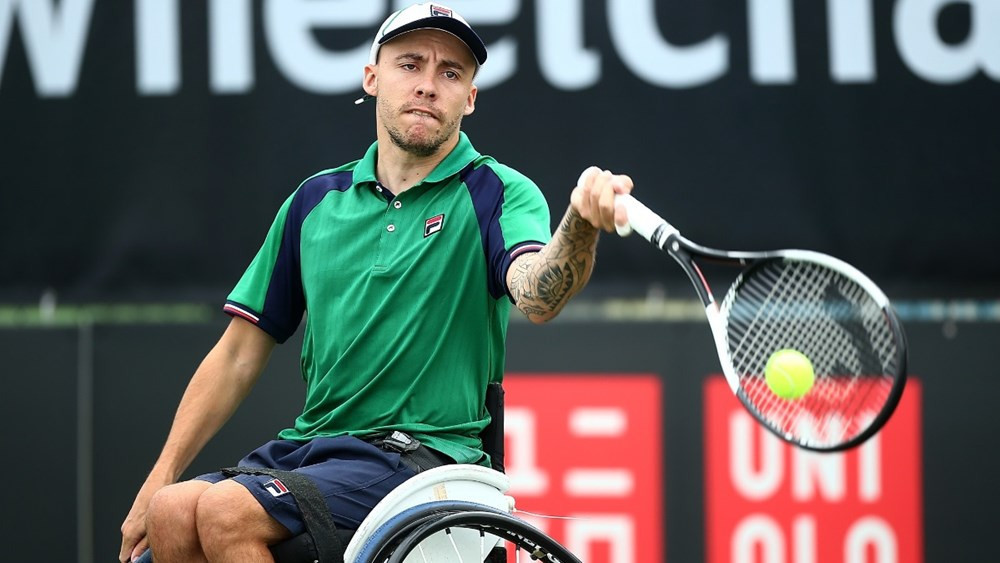 Frenchman Houdet, who won a silver medal at the London 2012 Paralympic Games, secured his second consecutive singles triumph as the defending champion beat Gustavo Fernandez of Argentina in straight sets at the Dwight Davis Tennis Center in Forest Park.

Houdet proved too strong for his Argentinian opponent for the second year in a row as he claimed a 6-4, 7-6 victory.

Japan's Kamiji continued her impressive form on the UNIQLO Wheelchair Tennis Tour this season as she sealed her third Super Series triumph of the campaign.

Kamiji, who came into the event having already won the Australian Open and French Open tournaments, overcame second seed Diede de Groot of The Netherlands in a tense final.

Kamiji prevailed following a dramatic 26-point tie-breaker to underline her dominance of the women's event after she partnered with Britain’s Lucy Shuker to win the doubles title.

The Briton ended his lengthy wait for a major victory as he eased to a 6-3, 6-4 win over the fourth seed, who had beaten world number one and home favourite David Wagner in the semi-finals yesterday.

His victory over Davidson also preserved his unbeaten record against the Australian player.