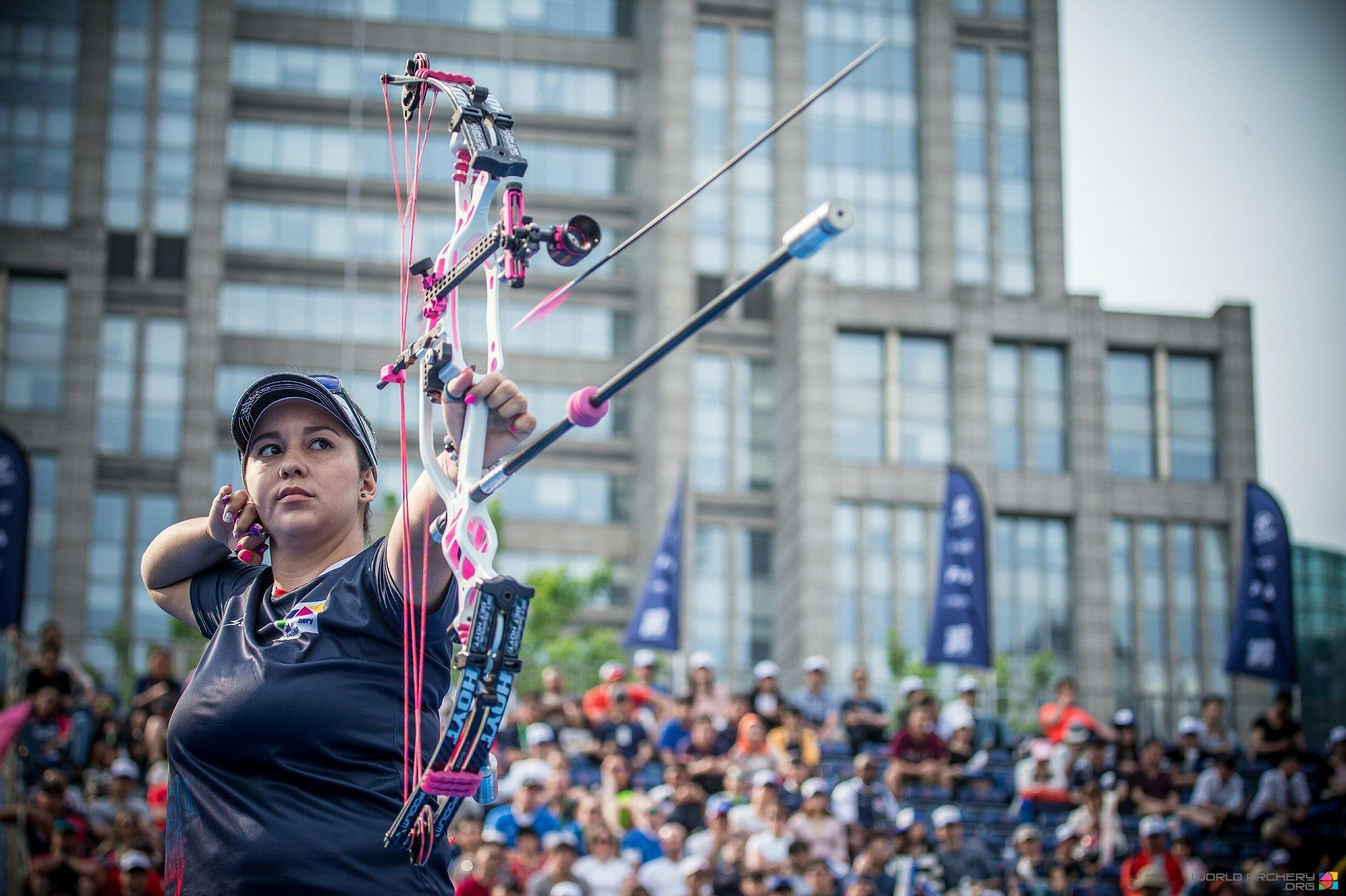 Colombia’s Sara López will be bidding for a third women’s compound Archery World Cup Final title this weekend with the 2017 edition scheduled to take place in Rome.

The 22-year-old triumphed at the World Cup Final in 2014 and 2015, but had to pull out of last year’s event due to personal reasons.

Italy’s Marcella Tonioli capitalised on López’s absence to take the 2016 title and will be looking to defend her crown in front of a home crowd.

Tonioli has a chance to make history, as a home archer has never won the tournament.

In the men’s compound event, world number one Stephan Hansen of Denmark will be looking to complete his collection of major titles in what will be his first World Cup Final appearance.

Hansen has already tasted victory at the World and European Championships and the World Games, despite being just 22 years of age.

Among those expected to challenge him for top honours are France’s Pierre-Julien Deloche, the United States’ Braden Gellenthien and The Netherlands’ Mike Schloesser.

All three have been world number one at some point in their career.

Turkey’s Demir Elmaagacli and the US’s Steve Anderson, who have peaked at world number two and three respectively, are also expected to be in contention.

World number one and Rio 2016 Olympic champion Chang Hye-jin of South Korea is considered the one to beat in the women’s recurve competition.

She could face compatriot Ki Bo-Bae, the London 2012 gold medallist, in the semi-finals.

Ki beat Chang to the top of the podium at the opening stage of this year’s Archery World Cup in Shanghai in China.

No archer has won at an Archery World Cup Final as many times as Ellison.

South Korea’s Kim Woo-jin is likely to be in the medal mix, but he faces a stiff test against home favourite David Pasqualucci in his first match.

Pasqualucci, 21, won his first major senior medal this year when he finished third at the second leg of the World Cup in Turkish city Antalya.

Woo-jin and Pasqualucci have never faced each other in international competition before.

This year’s Archery World Cup Final is the 12th edition of the event.

With the ranking lists settled after stage four in Germany’s capital Berlin, seven archers in each competition category - plus the top ranked mixed teams - were invited to Rome.

As well as Shanghai, Antalya and Berlin, archery's annual international tour also took athletes to Salt Lake City in 2017 as they looked to secure ranking points towards qualifying for the World Cup Final.