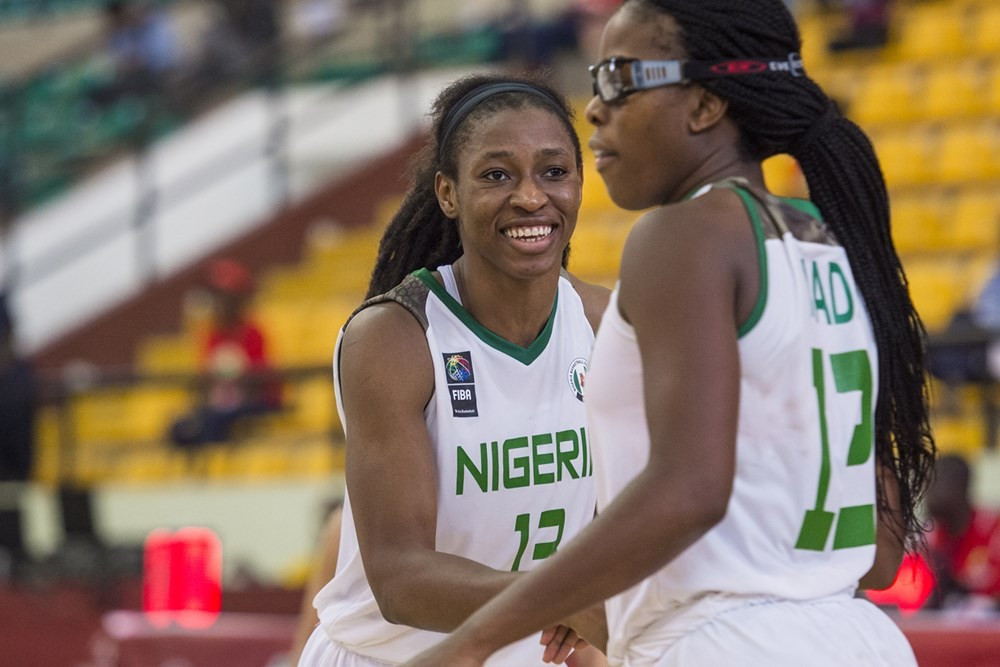 Evelyn Akhator was the top performer for the west African nation as she scored 24 points and 13 rebounds during a commanding display at the Palais des Sports Salmatou Maïga in Bamako in Mali.

Nigerian captain Ezinne Kalu was also in fine form as she ended the game with 18 points while Jennifer Atonye Nyingifa chipped in with 15.

They can now not fall outside of the top four places in Group B and Akhator said she and the rest of the team are feeling good.

“We have a young team that can run the floor on both defence and offence, so doing that is a plus for us,” she said.

“I just came out to play and try to get better every other day.

“I think me getting used to the plays and the court and getting the trust from my team-mates really helped me.”

Angola also achieved a third win of the competition as they defeated Tunisia 62-55 in Group A.

This victory means they have made it to the quarter-finals as well.

Mozambique secured their first win of the tournament with a resounding 88-47 success in Group B over Guinea.

Today’s late finishing games saw defending champions Senegal face a tough test in Group B against the Democratic Republic of the Congo before winning 70-63.

In Group A, hosts Mali were too strong for the Ivory Coast 61-39 while Cameroon toppled the Central African Republic 94-42.

Proceedings will be completed today with the match between Cameroon and the Central African Republic.

Action in the group stage will take a break tomorrow before resuming on Tuesday (August 22).