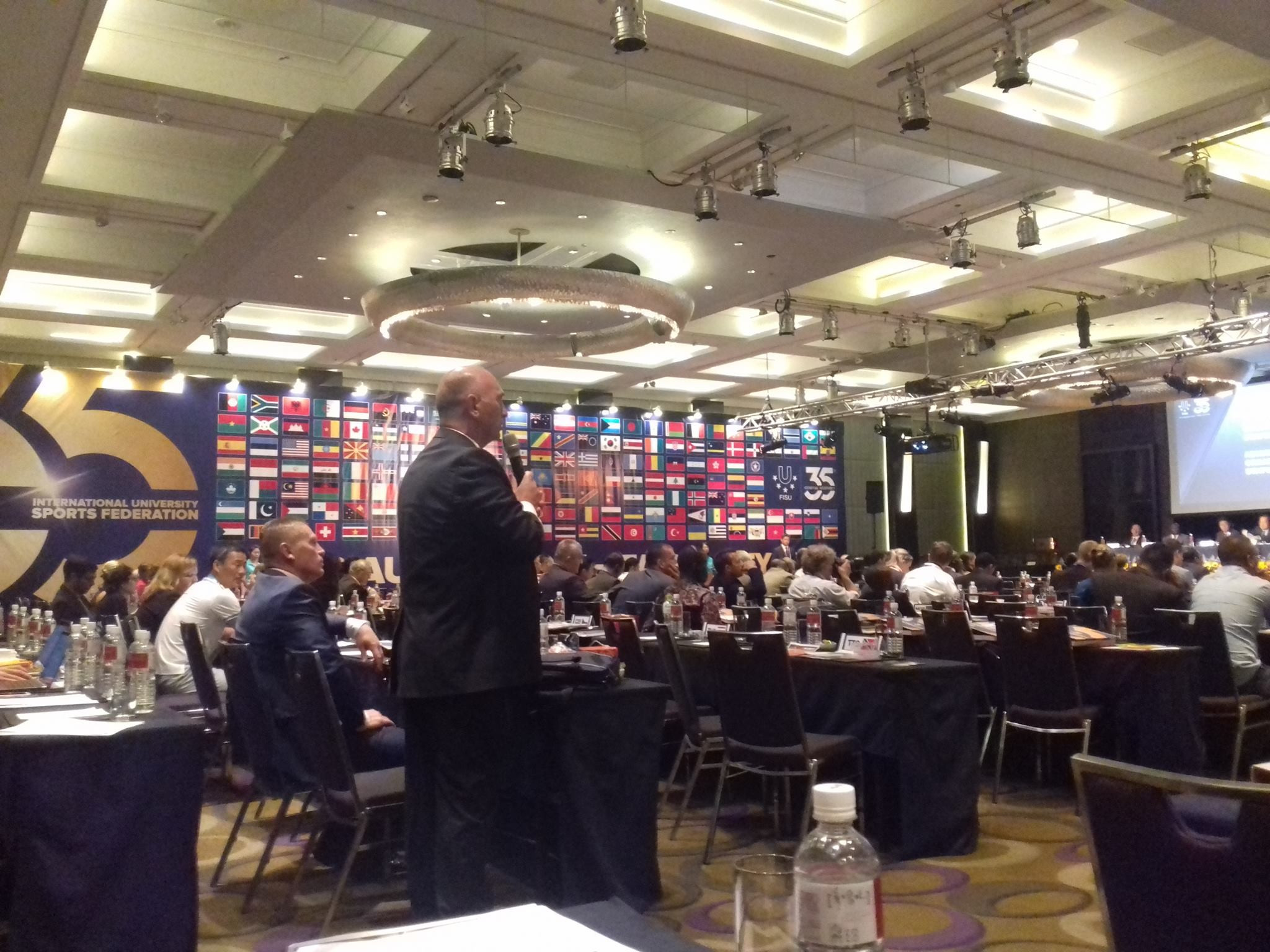 Cape Verde, Kosovo, the Marshall Islands and São Tomé and Príncipe have been confirmed as full members of the International University Sports Federation (FISU).

The four were successfully voted in as members at the FISU General Assembly here today, after their applications were approved by the FISU Executive Committee.

A motion for a single vote to take place to admit the members was rejected by the delegation from Serbia, who requested the applications be voted on separately.

They highlighted the ongoing political dispute between Kosovo and Serbia as the motivation for the separate vote.

The International Olympic Committee (IOC) voted unanimously to accept Kosovo as a full member at its Session in Monaco in December 2014.

The nation has gone on to become a member of various International Federations and organisations, and made its Olympic debut at Rio 2016.

The Balkan Republic declared independence from Serbia in 2008 following years of conflict.

Although now recognised by 108 out of the 193 United Nations (UN) members, Kosovo is not a UN member predominantly because of opposition from certain nations, including Russia, China and Serbia.

"The Executive Committee have approved of their application," said Oleg Matytsin, FISU President, before the vote.

"I would like to remind you that we are in Chinese Taipei, which is also not recognised by the United Nations.

"At the same time we are not a political organisation.

"We cannot limit students to participate in our events and limit their activities, while they are recognised by the IOC.

"You will take the decision, but the Executive Committee did support the candidature of Kosovo."

A total of 62 delegates voted in favour of Kosovo's membership, with one abstention and two votes against.

Serbia, one of the two to oppose Kosovo's membership, had been granted permission to vote in the General Assembly earlier in the day after agreeing to settle debts from the Gwangju 2015 Summer Universiade.

Cape Verde, the Marshall Islands and São Tomé and Príncipe all saw their memberships unanimously approved by the Assembly.

Curaçao have avoided being excluded from FISU, but the General Assembly voted to keep their suspension in place.

The Dutch Caribbean island have been suspended since 2012 as they are without a National Olympic Committee.

Had they been excluded, athletes would have competed as part of either Aruba or The Netherlands at future FISU events.