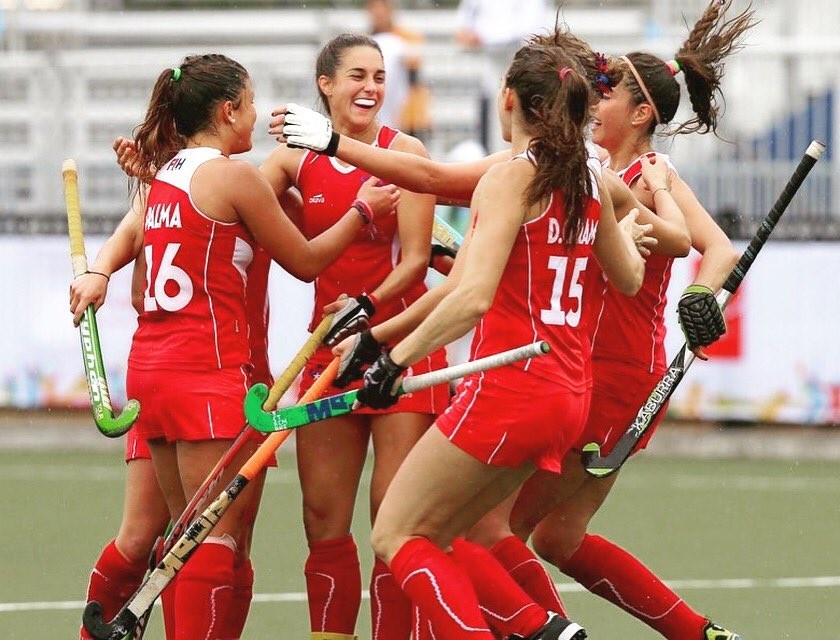 Denise Krimerman scored with less than 20 seconds on the clock to secure a 4-3 victory for the South Americans at the Spooky Nook Sports Complex.

Argentina had earlier overcome Canada 4-1 to move ever closer to maintaining their record of having won every edition of the event.

Chile’s win means a women's Pan American Hockey final will not involve the US for the first time.

Erin Matson levelled the scores on the stroke of half-time, only for Krimerman to re-establish Chile’s lead four minutes after the re-start.

It looked as though the match was destined for a shoot-out when Amanda Magadan equalised in the 59th minute, but Chile went down the other end in the dying seconds and sealed their first-ever official win over the US through Krimerman’s second goal of the game.

The other semi-final saw Argentina cruise to victory over Canada.

Goals from Maria Ortiz, Noel Barrionuevo and Julia Gomes gave the Argentines a 3-0 advantage and although Karli Johansen pulled one back for Canada, a late penalty stroke from Barrionuevo wrapped up a comfortable win.

The final is due to take place on Sunday (August 13).

It will be preceded by the third-place play-off between Canada and the US.

Today’s other match in the women’s event pitted Uruguay against Brazil in a battle to avoid finishing last and it was the former that came out on top, 8-0.

Uruguay will now go on to contest the fifth-place play-off against Mexico, a game also scheduled for Sunday.

Today’s action in the men’s event saw Chile and Brazil advance to the fifth-place play-off after successfully coming through their classification matches.

Mexico and Venezuela will contest the seventh-place play-off.

Both play-off matches are set to be played tomorrow followed by the third-place game between Trinidad and Tobago and the US and the final between Argentina and Canada.