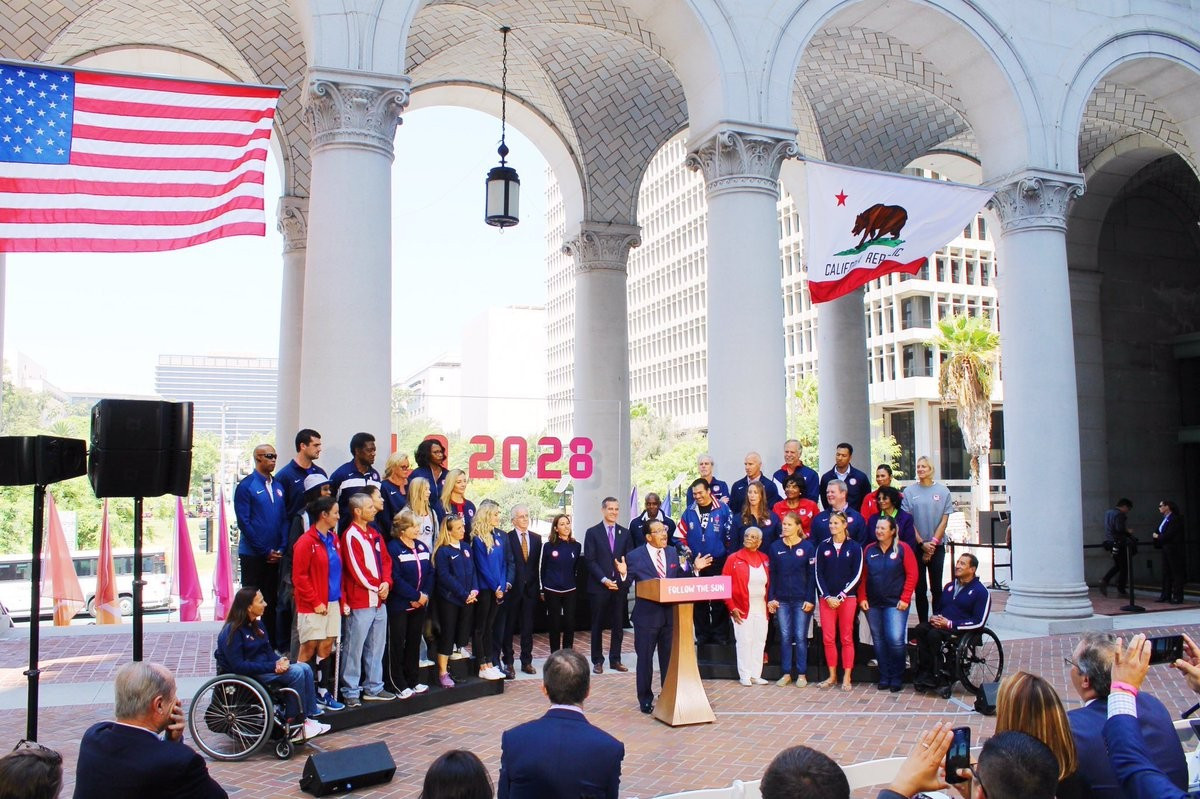 Los Angeles' City Council have voted unanimously to authorise the signing of a Host City Contract with the International Olympic Committee (IOC) for the 2028 Olympic and Paralympic Games.

It follows the city switching from bidding for the 2024 to the 2028 Games last week.

The contract has been signed today in order to meet an IOC deadline of August 18, despite no revised budget or independent analysis having yet been carried out.

City authorities will be responsible for any shortfall of a budget projected to be $5.3 billion (£4.2 billion/€5 billion).

There are not expected to be any "major" changes to the initial bid plans for the earlier edition.

"We negotiated the deal of a lifetime to bring the Games back to America, create a new Olympic legacy for the next generation, and deliver access to sports and fitness programmes to every community in Los Angeles," Los Angeles Mayor Eric Garcetti said after the meeting.

"Today’s vote by the City Council is a resounding show of confidence in our fiscally responsible plan for 2028, and more evidence of Angelenos’ passion to return the Games to LA."

More than 50 Olympic and Paralympic athletes and city leaders joined Los Angeles 2028 in Council Chambers to express their support for bringing the Games back to the city.

Among the athletes in attendance was Carl Lewis, who 33 years ago today won his fourth Olympic gold medal and set a new world record in the 4 x100 metres relay at Los Angeles 1984.

The LA City Council has given approval for #LA2028 with a vote of 1️⃣2️⃣-0️⃣ pic.twitter.com/3FBILO6g5g

"It is about what will happen in between now and then: the progress we will make, the principles that will guide us and most importantly, the young people we will inspire."

The rushed nature of the City Council decision was criticised by some, howevr.

"Look, there’s 11 years before the Games, so it wouldn’t hurt if they took a year or even six months instead of rushing," Jed Parriott, an organiser of the NOlympics LA group, told the Los Angeles Times.

"The whole process feels like a giveaway to the IOC."

The Californian city is due to be officially confirmed as 2028 host at the IOC Session in Lima on September 13.

Paris will be sworn in as host of the 2024 event at the same meeting.