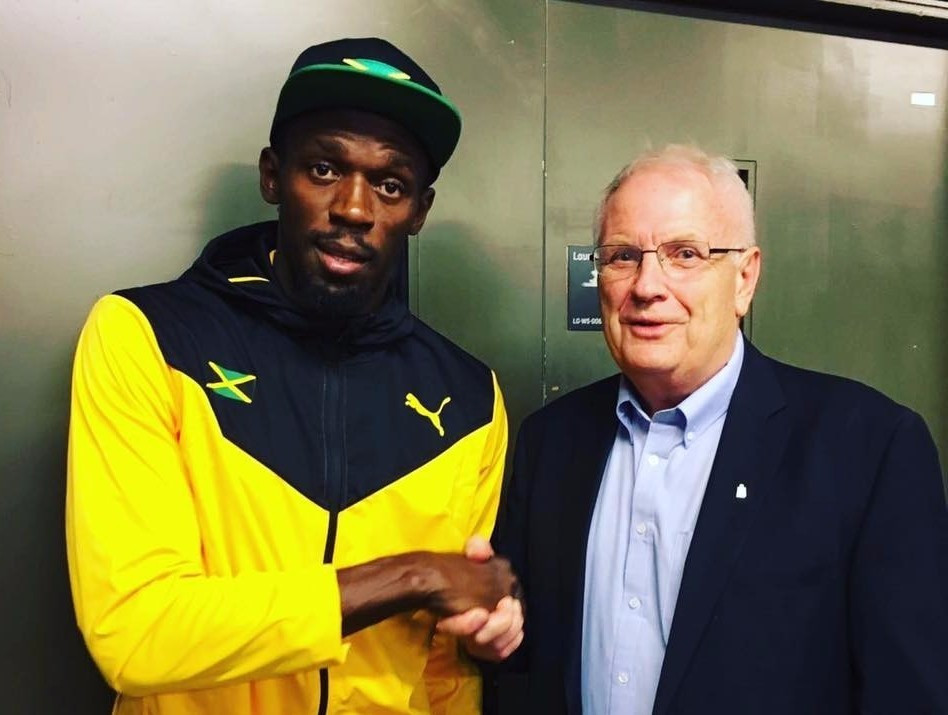 European Athletics President Svein Arne Hansen was unable to present the 400 metres hurdles gold medal to Norway's Karsten Warholm here this evening after he was among those to be quarantined during an outbreak of the norovirus at the International Association of Athletics Federations (IAAF) World Championships.

Hansen, a member of the IAAF Council, told Norwegian broadcaster NHK that he had been "stomach sick".

He told insidethegames he does not believe he has contracted the norovirus, but that it was "better to be safe".

Hansen was ordered to stay at the official IAAF hotel - the Marriott West India Quay - as a precautionary measure.

IAAF President Sebastian Coe presented Warholm, who stunned the rest of the field to take 400m hurdles gold here last night, with his world title in the absence of the Norwegian.

"I have been stomach sick," said Hansen.

"And with what is happening now with practitioners around, we are very careful."

Kenyan Eunice Sum, the 2013 world champion, pulled out from the 800m due to sickness.

Ethiopia's Genzebe Dibaba withdrew from tonight's women's 5,000m as a result of "lethargy and tiredness due to back pain".

Public Health England (PHE) revealed today that 40 people have been affected by the bug and three of these cases had been confirmed as the norovirus.

It confirmed initial fears that the virus was spreading.

"PHE has been notified of a confirmed outbreak of norovirus among people associated with the World Athletics Championships," a PHE statement said.

"We have so far been made aware of approximately 40 people reporting illness and three of these cases have been confirmed as norovirus by laboratory testing."

The first cases were reported at the Guoman Tower Hotel, where members of the Botswana, Germany, Canada, Ireland and Puerto Rico teams - all of which have had athletes who have been hit by the illness - are staying.

Andrew Lichtenthal, the team doctor at the German Athletics Association (DLV), claimed yesterday that the outbreak was not limited to the Tower Hotel and had spread to other official accommodation for the Championships.

This included the official IAAF hotel.

"I would hope that if we stay with one to two infections per day, that would be a success," he said.

A total of 13 German athletes have been affected, including two unnamed athletes subsequently quarantined by the DLV.

Around 30 members of the German team have been moved to other hotels in a bid to stop the spread of the virus.

German triple jumper Neele Eckhardt collapsed as a result of contracting the virus, but competed in the women's triple jump final on Monday (August 7).

There were also 10 affected people among Canadian athletes and support staff, while members of the Ireland, Puerto Rico and Botswana contingents have also fallen ill.

The most high-profile case was Isaac Makwala, barred from competing in the 400m by the IAAF after admitting to vomiting.

The IAAF then recommended the 30-year-old African Games champion be quarantined for 48 hours and he was initially withdrawn from the 200m amid fears he had contracted the norovirus.

The worldwide governing body gave him the green light to compete after his quarantine period ended and allowed him to run an individual time trial to see if he could qualify for the semi-finals.

Makwala, whose story has sparked both fury and sympathy at these Championships, managed to progress and then qualified for the final by finishing second in his semi-final.

Betting company Paddy Power have today announced punters who place bets on athletes who fall victim to the bug will be given their money back.

The bookmaker announced the move with an advert which was accompanied with a "Health insurance - money back if your athlete gets the runs" slogan.

They also set up a "clean pant exchange" at the Olympic Park as part of the campaign.