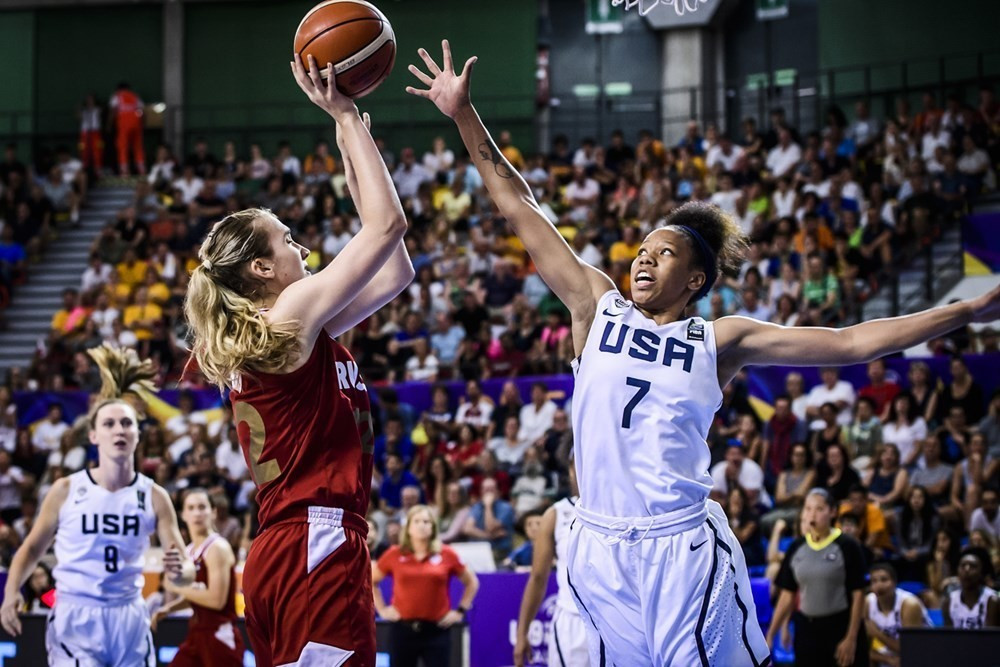 Russia ended the United States’ reign as International Basketball Federation Women’s Under-19 World Cup holders by beating their rivals in the final in Udine.

The US were seeking to record their seventh consecutive victory at the age group event and wanted to repeat their victory over Russia in the 2013 final.

A strong two opening quarters of the match saw the US earn a narrow 42-36 lead at half-time in the contest.

The match swung dramatically in Russia’s favour in the third, when they outscored the Americans 26-18 to storm into the lead.

A tense final period followed, with only two points separating the teams heading into the closing 10 seconds.

Russia were able to hold their nerve to score again and seal an 86-82 victory, with captain Raisa Musina top scoring on 33 points.

Canada were confirmed as the bronze medallists as they secure a narrow 67-60 win over Japan at the Palasport Primo Carnera in the Italian city.

France beat Australia 47-45 to finish in fifth place, while China eased past Spain 74-56 to end seventh.

Hungary were 75-61 winners over Latvia to earn a ninth place finish.