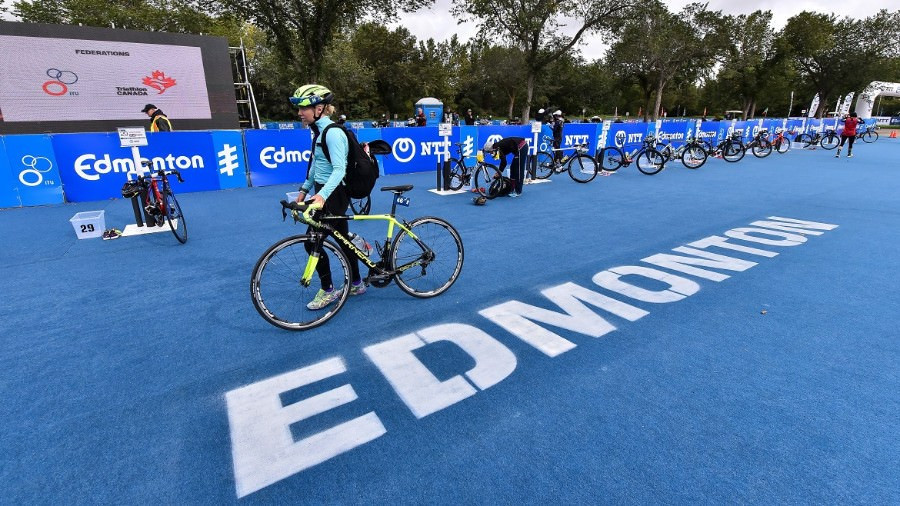 Valuable points in the 2017 World Triathlon Series (WTS) will be on offer tomorrow when action moves to the sixth stage of the competition in Edmonton in Canada.

As the host of the 2014 WTS Grand Final, Edmonton has become a regular stop on the event's calendar and can look forward to hosting the Series' showpiece event again in 2020.

In the women's event there are four competitors within 107 points of each other at the top of the rankings.

Katie Zaferes of the United States has had a consistent season so far and made it onto the podium with a silver medal in Yokohama in May.

Zaferes is yet to claim a gold but still finds herself top of the standings on 2,507 points, 21 more than Australia's Ashleigh Gentle.

Another American, Kirsten Kasper, also finds herself near the top of the standings in third on 2,478 with Bermudan Flora Duffy also in contention.

Duffy has been unstoppable in recent weeks and claimed victory in Yokohama as well as Leeds last month.

She also won the sprint distance event in Hamburg two weeks ago.

Three straight wins have catapulted her right into contention and she occupies fourth place on 2,400 points.

The men's WTS leader-board continues to be dominated by Spaniards.

Mario Mola will line up in first place in Edmonton on 2,864 points.

Although he has never won in the Canadian city, the sprint distance suits his strengths and he arrives having won in Hamburg.

Mola's compatriot Fernando Alarza entered Hamburg as a front-runner but a bike crash took him out of the running and he was unable to finish the race.

He is competing in Edmonton and will be hoping to close the gap to Mola after finding himself in second on 2,743.

Javier Gomez Noya has not been on a WTS podium since Abu Dhabi in March but the five-time world champion sits comfortably in third position in the rankings on 2,448.

Both the elite men's and women's races will take place tomorrow.