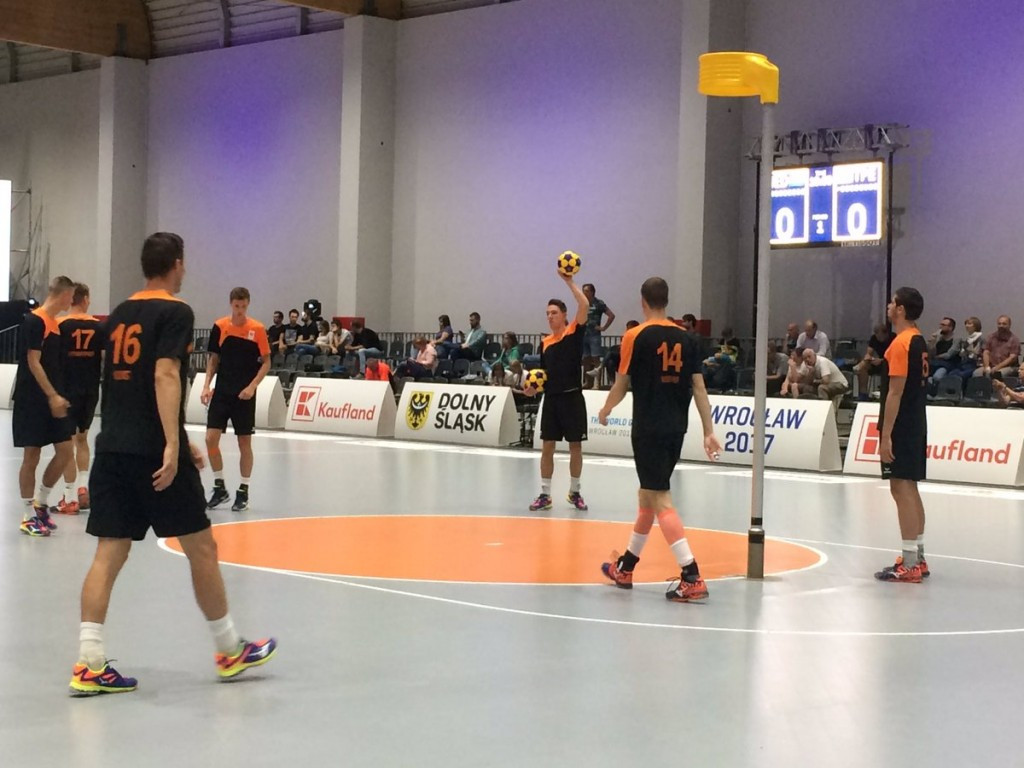 It was the first time in the history of the Games that the Dutch team did not play Belgium in the final.

Chinese Taipei were instead their opposition after they beat the Belgians in the semi-finals yesterday at the WKK Arena.

The Asians, however, proved no match for korfball’s world power as the Dutch team ran out as comfortable 26-14 winners.

Belgium recovered from the disappointment of losing in the last four by thrashing Germany 24-9 to win bronze.

Spaniards Damian Quintero and Sandra Sanchez were both forced to settle for silver medals after losing the men's and women's finals respectively.

Steven Da Costa prevailed in the men's 67 kilograms final against Jordan Thomas of Britain while Deivis Ferreras of the Dominican Republic edged Abdelatif Benkhaled of Algeria to win bronze.

Alexandra Recchia then added a second French title of the day after winning the women's 50kg final.

She defeated Miho Miyahara of Japan to seal gold.

Azerbaijan’s Firdosi Farzaliyev prevailed in the men's 60kg category after he overcame Iranian Amir Mehdizadeh in the final.

Disappointment did not last long for the South American nation, however, as Valeria Kumizaki rose to the top of the podium in the women's 55kg category by beating Tzu-Yun Wen of Chinese Taipei in the final.

Their overall score of 29.440 saw them finish just in front of Belarus, who occupied second place on 29.040.

Great Britain's trio rounded out the podium with a total of 28.235.

They defeated 2016 World champions Igor Mishev and Nikolay Suprunov with a score of 29.310.

Suprunov and Mishev of Russia finished with silver after scoring 29.090 while bronze went to Belgian pair Robin Casse and and Kilian Goffaux after they posted 28.550.

Over the course of two routines he scored a total of 76.600, which was good enough to finish in first place.

Alexander Renkert of the United States took silver on 73.700 while Portugal's Diogo Carvalho Costa completed the podium on 73.100.

China's Fangfang Jia prevailed in the women's tumbling competition with a score of 72.400.

Russia's Anna Korobeinikova finished just behind in second place on 71.200.

Britain's Lucie Colebeck could have had the silver medal but incurred a penalty of 0.300 which saw her drop down to third with 71.000.