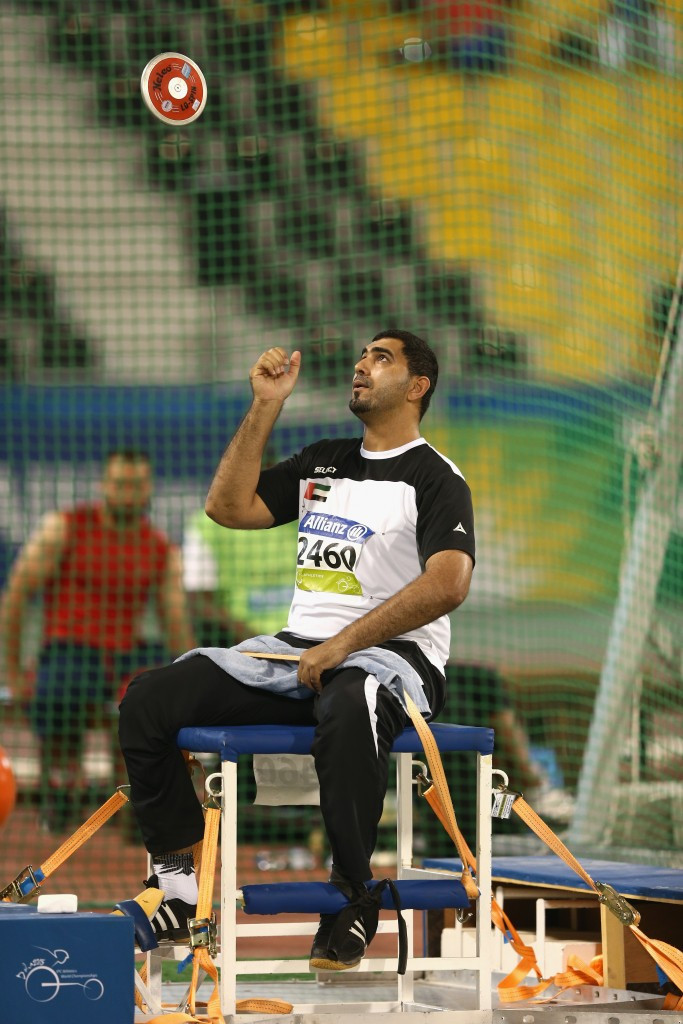 Hayayei died at the Newham Leisure Centre on Tuesday (July 11) after the discus cage at the venue fell on his head while he prepared to compete at the 10-day Championships.

Emergency services were called to the venue shortly after 5pm local time following the incident, but the 36-year-old thrower was pronounced dead at the scene 20 minutes later.

Following a moment's silence as a mark of respect to Hayayei, London 2017 co-chairman Ed Warner presented Almheiri with a specially-minted medal to take home to the late athlete's family.

"We will do all we can to embrace the UAE team over the course of the next 10 days so that they’re in many ways an honorary member of British Athletics over that time," Warner said at a press conference earlier today.

"I’m sure the crowd will show their respects and appreciation for athletes who are going to be rising to the adversity of losing a team-mate in terrible circumstances and yet still want to compete in these World Championships and huge respect to them."

International Paralympic Committee President Sir Philip Craven revealed that he will be visiting Hayayei’s family on the occasion of the body's General Assembly in UAE's capital Abu Dhabi in early September.

"On 11 July, the Paralympic Movement lost one of our own," he said during the opening of the Championships.

"The 36 year-old father of five was a Paralympian having made his Games debut at Rio 2016 and was looking forward to competing in his second World Championships here in London.

"Our thoughts and prayers are with his friends, family and team-mates at this terribly sad time."

A moment of silence observed in memory of UAE athlete Abdullah Hayayei ahead of tonight's opening session. pic.twitter.com/WXz9MKgrkO

Warner was unable to provide any updates on the investigation, saying he has "no idea" whether it will take days or weeks.

"We will just have to wait and see," he added.

"We are doing everything we can and should to cooperate with them, making people available, all of the resources available that are necessary, and at the same time we’re working to make sure we can get the facility in Newham re-opened for training, which should happen tomorrow."

At Rio 2016, Hayayei finished sixth in the javelin F34 and seventh in the shot put F34.

He was set to participate in the F34 shot put, discus and javelin events at the World Championships.

Hayayei finished fifth in the discus and eighth in shot put at the 2015 edition of the event in Qatar’s capital Doha.

UAE Paralympic Committee vice-president Majid Rashed told insidethegames yesterday that the body is anticipating receiving a report on the matter by Monday (July 17) at the latest.