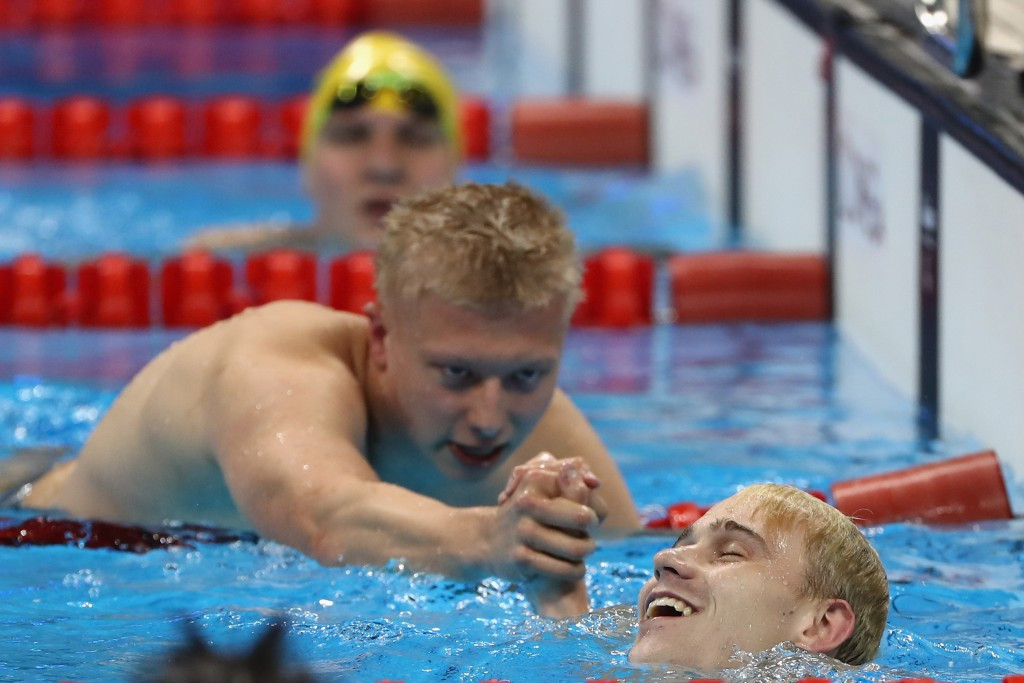 The American secured his last win with 952 points in the men’s 100 metres backstroke at the Schwimm und Sprunghalle im Europa Sportpark pool.

The races are decided by points according to the swimmers’ classes and the time they clock.

In the same race, The Netherlands’ Olivier van de Voort set a world record time of 58.43sec for the S10 class.

It was one of 10 global marks broken today to take the overall count at the final World Series of the year to 40.

As these are multi-class races, more than one world record may be set in a single event.

The Netherlands’ Chantalle Zijderveld won the women’s 200m breaststroke with a world record time of 2:47.96 and 907, following up her victory in the 50m breaststroke. .

Italy’s Carlotta Gilli topped the podium in the women’s 200m individual medley with 1,017 points, setting a world record time of 2:23.62 for the SM13 class along the way.

Gilli broke another world record in the 50m butterfly with a time of 27.98, but she finished second to Britain’s Rio 2016 gold medallist Eleanor Robinson, who triumphed with 959.

Hynd scored 900 to secure his third title in Germany’s capital.

Japan’s Keiichi Kimura claimed his second victory in Berlin by coming out on top in the men’s 50m butterfly.