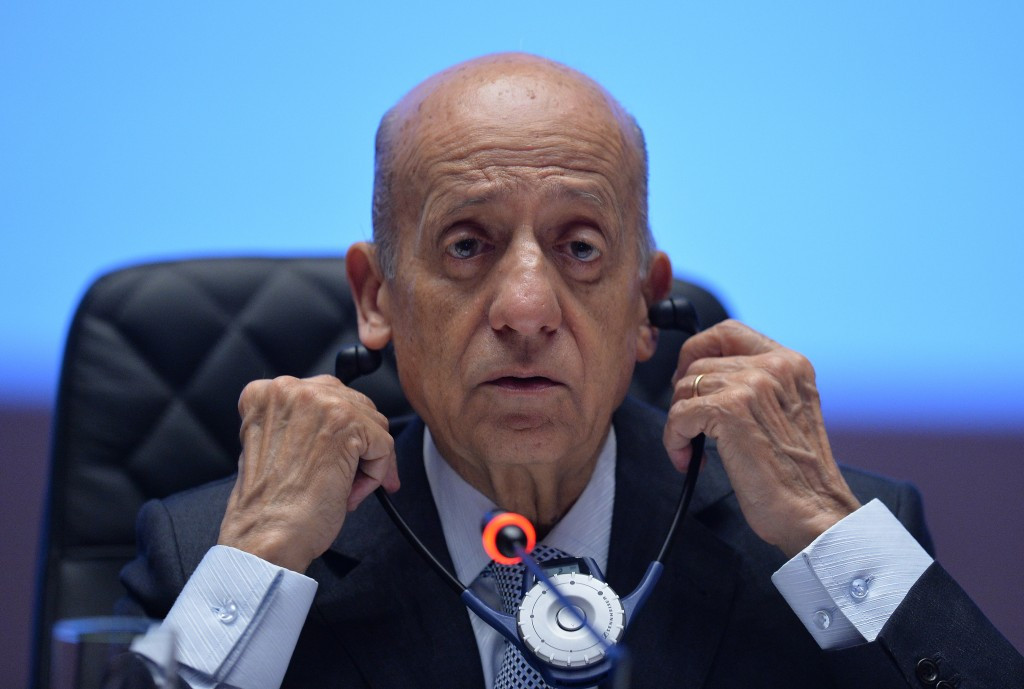 Delegates from Africa, Asia and Oceania have been urged to vote to re-elect Julio Maglione as President of the International Swimming Federation (FINA) after letters were circulated throughout the three continents.

In what appears to be a coordinated strategy, Maglione himself has also sent a letter to the aquatics community in which he outlined achievements enjoyed under his leadership before claiming that "nobody is able to damage" the solidarity of the FINA "family".

It comes as campaigning intensifies before an election scheduled for the FINA Congress in Budapest on July 22.

"We are a big family, we respect each other, we are strongly united and nobody is able to damage this solidarity," Maglione, standing for a third term in office, wrote in his letter seen by insidethegames.

"We are quite well, in an excellent position.

"We have done a lot, but there is a lot more to be done, all together, for the progress of our aquatic disciplines.

"We must continue working tirelessly, united in our diversity, to be even better."

The Uruguayan pointed out that aquatics is now the largest sport on the Olympic programme, with 49 medal events after proposals for a new mixed medley relay, a men's 800 metres freestyle and a women's 1,500m freestyle were approved for inclusion on the programme for Tokyo 2020 by the International Olympic Committee (IOC) last month.

He also highlighted increased development funding and supposed improvements to the FINA governance, as well as its website and communications, before claiming they remain "at the forefront" of the fight against doping.

The 81-year-old Maglione was only able to stand for a third term after he successfully proposed a motion abolishing age limits and relaxing term restrictions for the President of FINA in 2015.

This is among many areas identified by Barelli in his criticisms of the current leadership.

The Central American and Caribbean Amateur Swimming Confederation are also expected to publicly back Maglione before the election.

Miller pointed out that Barelli himself has served as Italian Swimming Federation head since 1987, so it is "hard to understand his criticism of President Maglione and the current FINA rules".

All three letters criticise Barelli's decision to refer FINA vice-presidents Husain Al-Musallam and Dale Neuburger to the Court of Arbitration for Sport (CAS).

Barelli had appealed over alleged interference at last year's elections for the European Swimming Federation (LEN), where he beat Dutchman Erik van Heijningen by 50 votes to retain his position as President.

Barelli lost his appeal at CAS but is considering taking his case to the Swiss Federal Tribunal.

"Mr Barelli has been FINA honorary secretary general since 2009, but has never bothered to contact any of us during the last eight years about his ideas and vision of the way ahead on how to work as a family and drive FINA forward," wrote Sheikh Khalid.

"Unfortunately, Mr Barelli has adopted a negative stance in which he has not only attacked his colleagues in the FINA Bureau but also criticised the entire FINA system, although he is an integral part and advocate of the same system.

"He also criticised our beautiful Asian aquatic family, and to our astonishment, states that Asians were only interested in the politics and finances of FINA while denying at the same time the fact that Asia is a true partner of FINA and that AASF has always been one of the fundamental pillars of FINA through its significant contribution to the FINA and its events in all aspects."

Ramsamy, a member of the IOC, added: "Mr Paolo Barelli, the FINA honorary secretary, has been circulating several letters to FINA National Federations, seeking support for his candidature for the President of FINA.

"Apparently, he is now circulating messages promising financial contributions in his attempt to woo the Federations.

"Last year, FINA President, Dr Julio Maglione, honoured us with his presence at our CANA Congress held in Bloemfontein.

"We also invited Mr Paolo Barelli to our Congress in Bloemfontein, but he did not even have the courtesy to respond."

These concerns relate from an insidethegames report on a letter sent by Barelli claiming that FINA officials from Africa and Asia are more interested in political and economic power than promoting sport.

Miller also criticised "rumours and allegations" made by the Italian against the current FINA President, as well as the "smoke and mirrors" surrounding his election campaign.

He also questioned Barelli's promises regarding increasing FINA development funding as he "cannot recall him at any stage advocating any form of financial and logistical support for national and continental federations".

Miller added: "This has only come up now in his election campaign."

African, Asian and Oceania delegates are all urged to vote for van Heijningen and Russian Swimming Federation President Vladimir Salnikov as European representatives on the FINA Bureau.