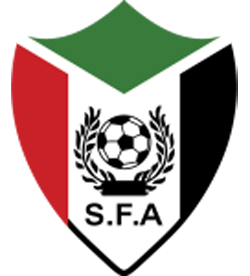 FIFA has suspended the Sudan Football Association (SFA) amid a chaotic battle for footballing power in the East African country.

In April, the sport's world governing body suspended the elections of the SFA for six months following fears of political interference.

According to Xinhua, a letter from FIFA stated that a decision was taken following correspondence with the SFA and the emergence of a video which allegedly showed a candidate admitting intentions to run for Government office, something FIFA does not allow.

It was also reported in allafrica that police were forced to intervene in a conflict between supporters of Mutasim Gafaar, the FIFA-recognised President of the SFA, and an opposition group at the organisation's headquarters in Khartoum.

Members then reportedly moved to the Khartoum Football Stadium, where the group held alternative elections in which they appointed a new committee of seven members.

Tarig Atta Saleh, a SFA member, claimed at the time that the governing body would inform FIFA of the events and the pressure placed on members of the Election Commission to hold separate elections.

In a statement today, FIFA said: "The suspension will be lifted only once the decree of the Undersecretary of the Ministry of Justice of June 2, 2017 is declared null and void and the Board of Directors of the SFA with its President, Mutasim Gaafar, is reinstated."

On June 27, FIFA secretary general Fatma Samoura reportedly said in a letter to the SFA that her organisation would impose a suspension if certain measures were not met by June 30.

Following its suspension, the SFA loses all its membership rights as defined in article 13 of the FIFA Statutes.

The country's national team or club sides are no longer entitled to take part in international competitions until the suspension is lifted.

This also means that neither the SFA nor any of its members or officials may benefit from any development programmes, courses or training from FIFA or the Confederation of African Football.

In 2010, FIFA was also forced to intervene in SFA elections as a result of government intervention.

Currently ranked 164th in the world, Sudan has won the Africa Cup of Nations once when they hosted the tournament in 1970.

They have never qualified for the World Cup.