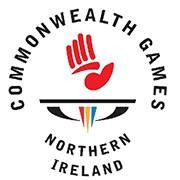 The Northern Ireland Commonwealth Games Council (NICGC) has announced their team which will compete at this year's Commonwealth Youth Games in Nassau in The Bahamas.

Northern Ireland will be represented by 18 athletes across five sports - aquatics, athletics, boxing, cycling and judo.

The squad has been selected based upon nominations from their respective sport’s governing body and athletes are aged between 15 and 18.

Due to a change in the games scheduling Bethel, who also competed at Samoa 2015, will be able to compete in her second Commonwealth Youth Games as she is still aged only 17.

That score is a nomination height for the Gold Coast 2018 Commonwealth Games but selections will not be made until January.

Aaron Sexton will take to the track in the 100m and 200m, while Anna McCauley will compete in the 100m hurdles.

Davicia Patterson completes the group and will be a contender in the 400m.

Six boxers will be seeking to maintain the country's terrific recent record at the Commonwealth Youth Games.

All five Northern Irish boxers returned with medals from the Samoa 2015, including McKenna's brother Stephen who took light-flyweight gold.

Harvey Barnes and Adam Ward will be compete in the cycling road race and time trial while Matthew Elliott and Kirstie Strouts McCallion are the two judokas.

"It’s a great honour for these young athletes to represent Northern Ireland at such a prestigious global event," said NICGC chairman, Robert McVeigh.

"Our planning has been in progress for quite some time and, over the next couple of months, we will continue to make sure that all the athletes and coaches are suitably prepared so that they can perform to the best of their ability.

"NICGC acknowledges the ongoing support given to athletes by their respective governing bodies and SportNI.

"We wish them every success."

The athletes will be accompanied by a support team of 12, including coaching, medical and management staff.